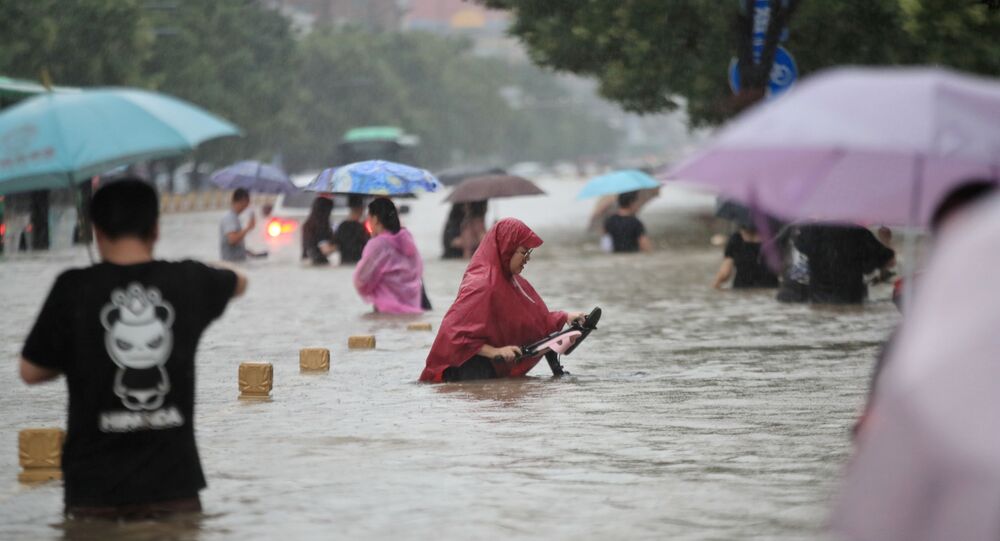 BEIJING (Sputnik) - Chinese President Xi Jinping ordered on Wednesday to strengthen the coordination of government departments and take all necessary measures to provide assistance to those affected by a massive flood in the central province of Henan.

"It is necessary to quickly establish the implementation of measures to combat floods and eliminate the consequences of the natural disaster, properly accommodate the victims, take measures to prevent a recurrence of the disaster, and minimize casualties among the population and material damage", Xi said, as cited in the defense ministry's statement.

© REUTERS / STRINGER
Dam Collapses in China's Henan Province Due to Major Flooding - Reports
The president also called on party and government leaders at all levels to "put people's lives and property above all else and take the lead in their work", adding that the army and armed police should actively assist local authorities in rescue operations.

The Chinese leader also ordered to strengthen the coordination among the ministries of defense, emergency situations, water resources and transport, as well as beef up measures to protect important basic infrastructure and eliminate potential threats.

The flooding was triggered by record rainstorms that have hit the province over the past 24 hours, with the city of Zhengzhou being the worst affected. The bad weather also resulted in power outages and traffic disruptions. At least 12 people have reportedly died, while some 100,000 residents have been evacuated.