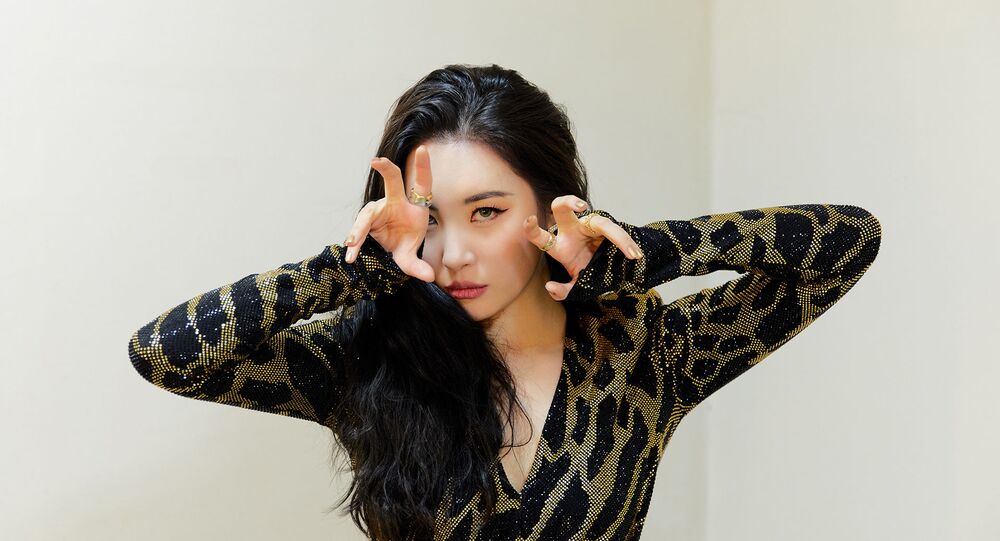 This female solo artist of unparalleled brilliance is gearing up for her explosive return with new material this August.

One of the most outspoken characters in the sphere of Korean feminism and the founder of “Sunmi-pop”, Lee Sun-mi, best known to her admirers as Sunmi, is set to release her new album named '1/6' on 1 August, according to an announcement made on her official Twitter page on 20 of July.

​Accompanying the poster on SNS is the haunting conundrum: “On the moon where gravity is one sixth, is the weight of anxiety also one sixth?”

Known for her teasing and titillating ways on the Korean stage, fans expect more interesting releases from their beloved 29-year-old idol as her title songs abound in double entendres and other such joyous wordplay.

​This is the first mini-album to be released in three years since 'WARNING' - which came out in September 2018 - and first single since 'Tail', which was  released four months ago.

Fans flocked to social media unable to contain their excitement at the prospect of her forthcoming comeback, their tweets seething with anticipation.