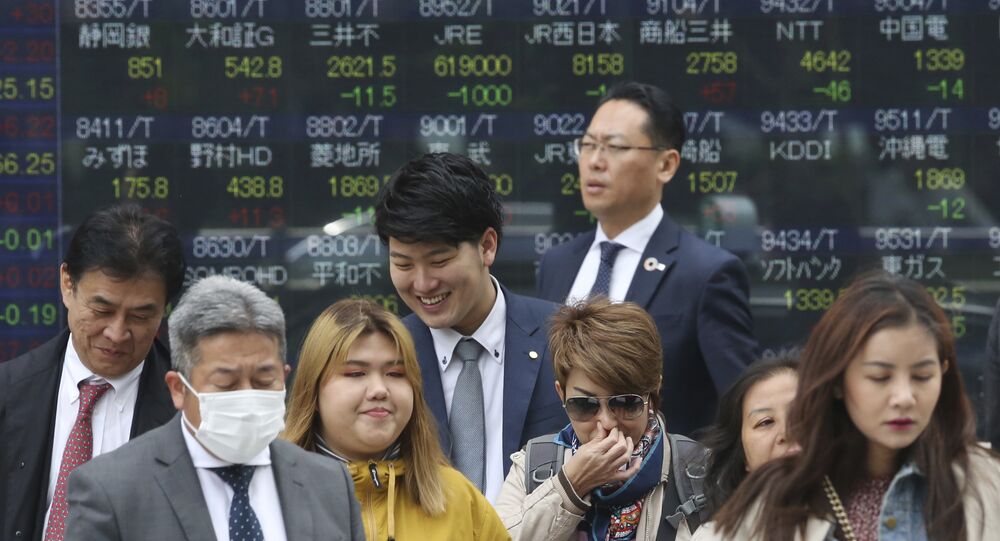 TOKYO (Sputnik) - The rating of Japanese Prime Minister Yoshihide Suga’s government has dropped to a record low of 31 percent ahead of the Summer Olympics, according to a new survey released by the Asahi Shimbun newspaper on 19 July.

Over the past month, distrust in the Japanese government has gone up by 7 percentage points, now standing at 49 percent. About two thirds of those surveyed (65 percent) cannot positively assess the measures that the government has taken to battle COVID-19 and 66 percent believe that the state of emergency will not help.

© AFP 2021 / NUGA HARUKA
Olympics Opponents Reportedly Gather in Tokyo as Reception to Welcome IOC Officials Starts
Out of the 1,142 people surveyed on July 17-18, 68 percent believe that the Japanese government will not be able to guarantee safety during the Olympic games. Out of the 31 percent who support Suga, only 46 percent think that the government will succeed in ensuring safety during the Olympics.

The Summer Olympics in Tokyo were initially scheduled for 2020 but were postponed in the spring of last year amid the coronavirus pandemic. The Games are currently scheduled to be held from July 23 until August 8.

The Japanese government has declared a new state of emergency in Tokyo that will last until August 22, including the entire period of the Olympic Games, in order to prevent the spread of the coronavirus.