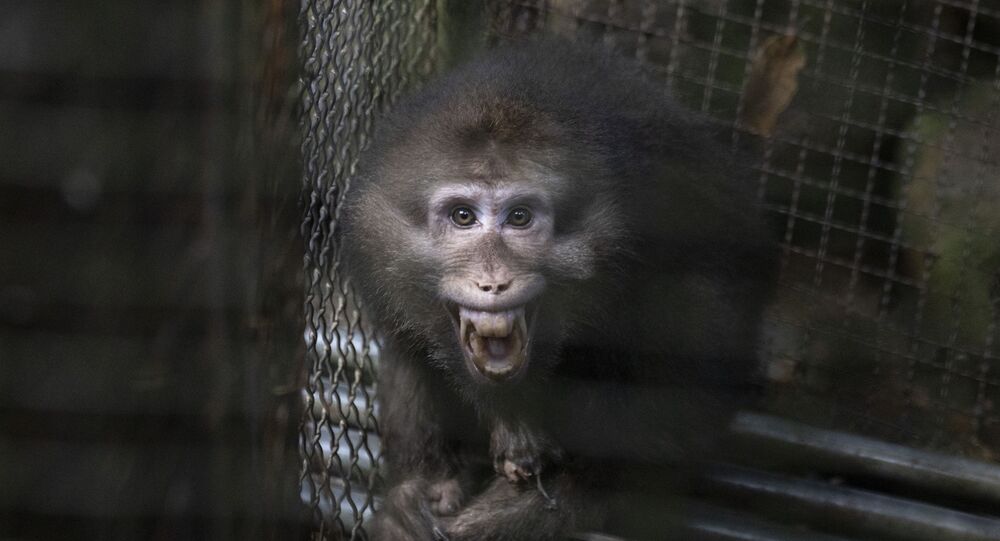 Humans are infected with Monkey B Virus “extremely” rarely, says the United States Centre for Disease Control and Prevention (CDC). However, if people contract the virus and do not get treatment immediately it can lead to “severe brain damage” or even death.

A 53-year-old veterinary surgeon died in Beijing after getting infected with the Monkey B Virus (BV) in the country’s first human case, according to the Chinese Centre for Disease Control and Prevention's (China CDC) Weekly journal.

The man caught the virus after dissecting two dead monkeys in a Beijing laboratory on 4 and 6 March. A month later, the unnamed vet started experiencing nausea and vomiting before suffering from a fever and neurological symptoms. He died on 27 May after visiting several hospitals and doctors, the release stated.

© CC0
Florida Monkeys to Be Evicted After Study Finds They Carry Lethal Herpes B Virus
Fluid samples collected from the man back in April confirmed that he suffered from BV but it appears he didn't pass the disease onto anyone after his close relatives tested negative.

According to China CDC, zoonotic BV infections have previously been documented among North American laboratory researchers, primate veterinarians, and staff working with animals.

“However, there were no fatal or even clinically evident BV infections in China before 2021,” the researchers wrote.

The United States Centre for Disease Control and Prevention (CDC) says that there's only one known case of human-to-human transmission of the virus, so there's no need to sound the alarm for now.

“People typically get infected with the B virus if they are bitten or scratched by an infected macaque monkey, or have contact with the monkey’s eyes, nose, or mouth,” CDC states.

Although the Monkey B Virus infection is “extremely rare” for humans, the infection may lead to “severe brain damage or death if you do not get treatment immediately.”

China CDC's Weekly does not specify the exact nature of the vet's death but did say that the the fatality rate of the infection lies somewhere between 70 and 80 percent. BV in monkeys therefore poses “a potential zoonotic threat” for occupational workers, the researchers conclude.