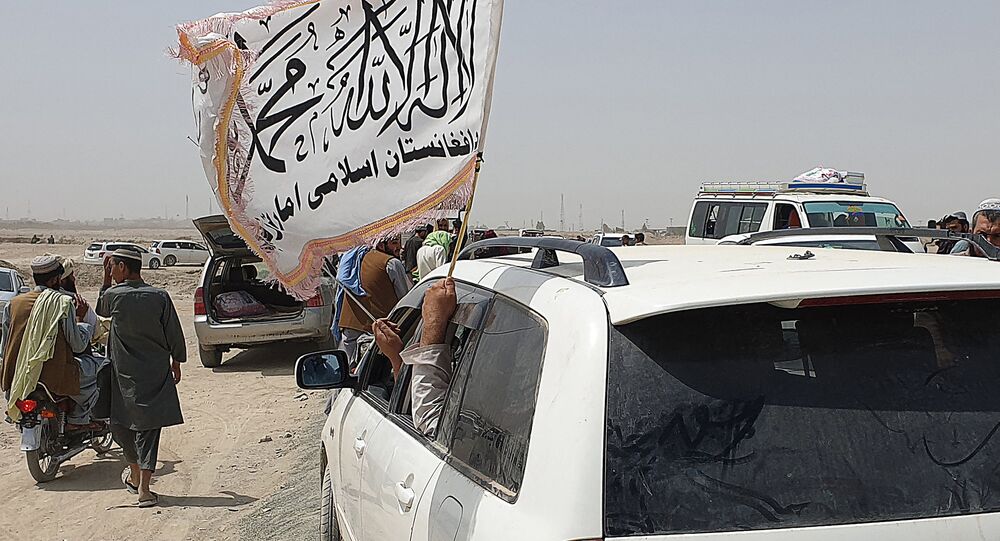 The Taliban* has been defeating Afghan forces across the country since the American-led forces began to withdraw from the country on 1 May. It now claims to control nearly 85 percent of Afghanistan.

The Taliban movement has proposed limiting military operations in Afghanistan and not a ceasefire, the group's spokesman Mohammad Naeem told Sputnik on Thursday.

Earlier in the day, Afghanistan's 1TV News reported that the Taliban had pledged to declare a three-month ceasefire if the Afghan government releases 7,000 prisoners and the movement is removed from the United Nations' terrorism blacklist.

"We did not say a ceasefire, we said the limitation of military operations", Naeem said, adding that the Taliban movement has "no information" about a ceasefire proposal.

The announcement comes a few days after CNN reported that at least 22 commandos from an Afghan Special Forces unit were executed by Taliban militants in the town of Dawlat Abad in Faryab Province on 16 June.

While the incident occurred almost a month ago, graphic video footage of the alleged execution has only been recently made public.

Despite the recent gains made by the Taliban in Afghanistan, the US is continuing its efforts to withdraw troops from the country and, as of Monday, Army Gen. Austin "Scott" Miller had relinquished his post as the top US commander in charge of NATO's Resolute Support Mission and United States Forces-Afghanistan.

© AP Photo / Evan Vucci
'We're Ending America's Longest War': Biden Reveals US Troops Will Leave Afghanistan by August 31
US Central Command Chief Gen. Frank McKenzie, who took over Miller's post, for his part, stressed that the transition of power "marks an important milestone in the transition of our involvement in Afghanistan, but it's not the end of the story".

Pentagon spokesman John Kirby, in turn, opposed the idea that the Taliban is being handed an "inevitable victory", but stopped short of saying how the US will assist Afghan forces in the future.

"What we're trying to do is protect our options going forward to make sure that the rest of this drawdown can be safe and orderly, and so we are being — I'll just say it — we're being fairly miserly about the kind of operational information we're putting out there", Kirby said, adding that this is a "delicate time" for the region.

Right now, the Taliban reportedly controls at least 212 districts in Afghanistan, while the Afghan government is in charge of 70 districts in the country. In addition, about 116 districts remain contested, according to a tracker by the Foundation for Defence of Democracies' Long War Journal.

US Troop Withdrawal From Afghanistan

In April, President Joe Biden declared the US would start withdrawing its 2,500 troops from Afghanistan on 1 May, with the aim of being completely out by 11 September.

Referring to the 9/11 terrorist attacks, POTUS stressed that both US troops and forces deployed by Washington's NATO allies and operational partners "will be out of Afghanistan before we mark the 20th anniversary of the heinous attack on 11 September, but we will not take our eyes off the terrorist threat".

*Taliban, a terrorist group banned in Russia and a spate of other countries.