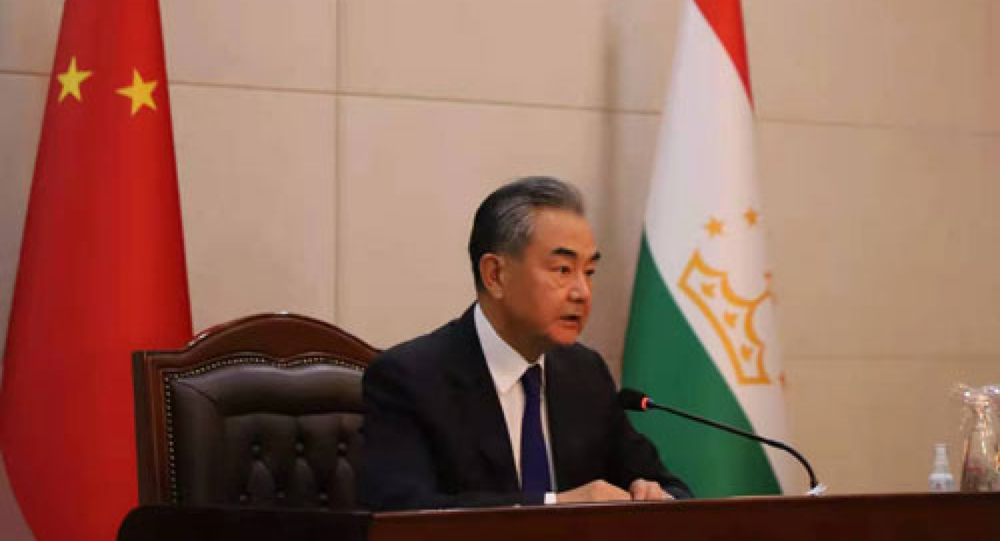 As the US’ final exit from Afghanistan nears, Central Asian nations are looking to help the country stabilize - but on different terms than the US’ 20-year occupation. China’s foreign minister cautioned that without fair governance, Afghanistan stands little chance of joining the Shanghai Cooperation Organization - something it badly wants.

“As a major source of military power, the Taliban* should realise its responsibilities for the country and the nation, and resolutely cut off all ties with terrorism, to return to the political mainstream of Afghanistan in a manner that is responsible to the country and the people,” Chinese Foreign Minister Wang Yi said on Tuesday, according to the South China Morning Post.

He added that China hopes Afghanistan will have “widely inclusive” political power and implement “stable and healthy” Muslim policies while remaining against terrorism.

Wang made his remarks in the Tajik capital of Dushanbe, which shares an 843-mile-long border with Afghanistan and has mobilized more than 20,000 reserve troops to the border amid a renewed Taliban offensive. More than a thousand Afghan soldiers fled across the border into Tajikistan last week, and more recently, civilian refugees have begun to cross.

Like Tajikistan, China has pledged not to intervene in Afghanistan’s internal affairs unless absolutely necessary. However, members of the East Turkestan Islamic Movement (ETIM), a Uyghur separatist group and terrorist organization that seeks independence for China’s Xinjiang Autonomous Region, has long had ties to Afghan terror groups, including the Taliban and al-Qaeda*. In February 2018, the US carried out air operations against ETIM training sites in Badakhshan, the Afghan province that borders China and Tajikistan, noting the strike would weaken the Taliban, as well.

Zhu Yongbiao, director of the Center for Afghanistan Studies at Lanzhou University, told the Global Times that "although the Taliban said it won't allow other people or entities to use Afghanistan as a site to attack other countries, this is vague.”

“They didn't promise they will help other countries crack down on terrorist groups in the country or hand over the terrorists under their protection," he added.

Wang also attended the meeting of foreign ministers of the Shanghai Cooperation Organisation Afghanistan Contact Group on Wednesday. Kabul first expressed interest in joining the Eurasian political, economic and security alliance in 2005, and Afghan Deputy Foreign Minister Mirwais Nab told his Tajik counterpart, Khosrow Nazeri, earlier this week that the SCO would be a “good mechanism” to address the country’s security situation.

Afghan Ambassador to China Javid Ahmad Qaem told the Global Times for a Wednesday story that Kabul hopes Beijing will mediate that process with Pakistan.

According to The Diplomat, Afghan President Ashraf Ghani views his government’s struggle with the Taliban as a regional issue, hoping that SCO membership will give him leverage on Pakistan, another SCO member, to end its “undeclared war of aggression” it wages by supporting the Taliban.

When the US signed a peace deal with the Taliban in February 2020 that would allow for US forces to exit the country, the Taliban agreed to renounce terrorism and seek reconciliation with Ghani’s government in Kabul. However, since the Islamist group sees that government as a US puppet, negotiations have been painfully slow-going, and as the US entered the final phase of its withdrawal in May, the Taliban launched a new offensive, capturing dozens of districts and isolating some of Afghanistan’s major cities under Ghani’s control.

Ghani has said he believes the chance the Taliban could come to power again - as it did in 1997, overthrowing the socialist Democratic Republic of Afghanistan with US help - is small, but that an element of danger still exists. However, his confidence isn’t shared by many.

However, even if it does come to power again, the Taliban is likely to pursue some of the same goals as Ghani’s government. Taliban spokesperson Suhail Shaheen told the Global Times last week that China is a "friend" to Afghanistan, and that he hoped Beijing would be interested in investing in reconstructing the country.

"People from other countries who want to use Afghanistan as a site [to launch attacks] against other countries, we have made a commitment that we will not allow them, whether it's an individual or entity against any country including China," Shaheen said.

The Taliban government that came to power in 1997 was overthrown just four years later by the US invasion launched in response to the September 11, 2001, terrorist attacks by al-Qaeda, which planned the attack from its training camps in Afghanistan.

*The Taliban, al-Qaeda - terrorist groups banned in Russia and many other countries