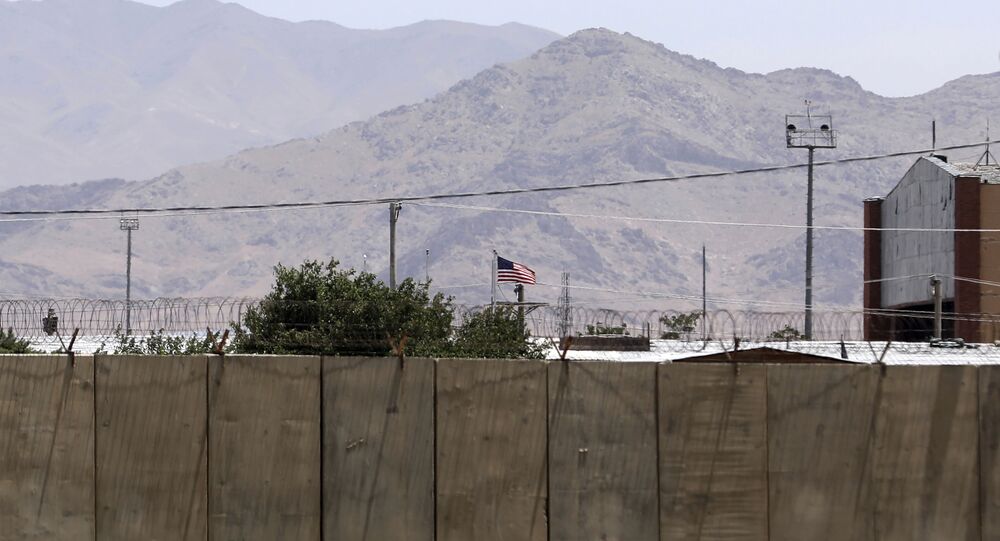 WASHINGTON (Sputnik) – As the US continues its hasty withdrawal from the crisis-hit Afghanistan, neighboring Tajikistan and the whole Central Asian region will likely be swept by the wave of instability and violence coming from Afghanistan as the Taliban (terrorist group, banned in Russia) increasingly gains momentum, analysts told Sputnik.

On Thursday, US President Joe Biden in his remarks on US troop drawdown efforts in Afghanistan vowed that the US forces will pull out from the country by August 31. Admitting that the Taliban group is at its strongest point, Biden stressed that its takeover of the country is not inevitable, given that the Afghan military is better equipped, trained and boasts a force 300,000 strong against the Taliban's 75,000.

The US war in Afghanistan, which go down as America's longest war spanning four presidential administrations, started with Operation Enduring Freedom in October 2001. After George Bush vacated the Oval Office, Barack Obama carried on his tactics, with the number of US troops in the tumultuous country ballooning to 100,000 in 2010. After the 2011 killing of Osama bin Laden, the founder of al-Qaeda (terrorist group, banned in Russia), Obama announced the start of a reduction in the number of troops that failed to gather momentum. Obama’s successor, Donald Trump, also ordered for the withdrawal of thousands of troops from Afghanistan, and even tweeted that he wanted all troops to be withdrawn by Christmas 2020 – but this, too, failed to materialize.

Before Biden's announcement about the US withdrawal this April, the official number of US troops in Afghanistan reached 2,500, though reports claimed that the actual figure was at least 1,000 more. As for NATO, which is also withdrawing personnel, the official number of non-US servicemen stood at 7,000. Most recently, the US defense said that over 90 percent of the US military personnel and equipment have been withdrawn from the country.

The US, however, is not leaving the region "peaceful" as it had anticipated. In the wake of the withdrawal, the Taliban began gaining strength and seizing parts of Afghanistan. On Friday, the group entered Kandahar, the second-largest city. Overall, the movement claimed to control over 170 Afghan districts out of nearly 400.

The group already advanced toward the border with Tajikistan and claimed to have control of over two-thirds of the Afghan-Tajik border. Tajikistan admitted that it would be difficult to cope with the challenges coming from Afghanistan alone, so the republic appealed to the Collective Security Treaty Organization (CSTO) allies for help. According to Dushanbe, the current circumstances require "an adequate response within the CSTO, including the adoption of measures to strengthen the capacity to protect the southern borders."

Raghav Sharma, an associate professor and director of the Centre for Afghanistan Studies at O.P. Jindal Global University, told Sputnik he believes all of Afghanistan's neighbors will be affected by the US-NATO withdrawal. He added that Iran and Pakistan are likely to be most profoundly impacted owing to their deep involvement in Afghan affairs.

"The ascendance of the Taliban is likely to encounter resistance in Afghanistan, particularly so in the urban areas and the country appears to be poised to experience a period of heightened violence and instability. Not only are these developments going to adversely undermine prospects for regional trade and connectivity between South and Central Asia but we will are likely to witness the proliferation of reactionary Islamist ideas across Afghanistan's frontiers," he added.

According to the analyst, an escalation in violence in Afghanistan is going to generate large population movements both inside and outside the country. He noted that since many of Afghanistan's neighbors appear not to be inclined to host large refugee populations, this fact will give "rise to pronounced humanitarian challenges in the region."

"The fact that violence has now reached Tajik borders, particularly following the Taliban capture of Sher Khan Bandar in the Kunduz province, has underlined the challenge that Central Asian Republics would have to contend within the face of an attempt to impose a military solution as is being attempted by the Taliban and their patrons," he said.

Senior Fellow and Director at the Center for Peace and Liberty at the Independent Institute, Ivan Eland, told Sputnik that he also believes that the violence in Afghanistan will likely affect the neighboring nations.

“Tajikistan and other neighbors of Afghanistan may see Afghan instability bleed over their borders,” Eland said.

Eland noted that the mission in Afghanistan was accomplished in short order after the US invasion, which was to decimate al Qaeda (terrorist group, banned in Russia) and overthrow the Taliban government.

“After that, it became a failed nation-building mission. Even when bin Laden was killed in 2011, he was in Pakistan. So the pullout is 20 years overdue,” he said.

According to the analyst, a civil war with the Taliban is "quite likely."

“The US has to leave some time and it would occur if it left 20 years from now. Besides, the 20 years of US occupation contributed to the rehabilitation of the Taliban among Afghans,” he noted.

Former veteran diplomat and Assistant Defense Secretary Chas Freeman also believes that US purposes in Afghanistan were rapidly accomplished. However, the administration under George W. Bush moved the goal posts and began a lengthy campaign of pacification, he said.

“Once charged with this vague mission, the US military and national security establishment had an open-ended mandate in Afghanistan. It is still hard for them to admit what everyone else knows: namely, their pacification, anti-drug, and nation-building campaigns were an utter failure,” Freeman added.

NO CHANCES FOR AFGHAN GOV’T

After the US pullout the chances the Afghan government would be able to keep the power and not collapse into a civil war with the Taliban are equal to none, former Pentagon analyst and US Air Force Lieutenant Colonel Karen Kwiatkowski told Sputnik.

“Although there should be a rush by select political groups and individuals to join or buy in politically with the controlling Taliban, and some Kabul former US allies could remain and be useful to the Taliban, as it seeks to end the civil war and get on with an economic recovery and peace,” she said.

In late June, reports emerged claiming the US intelligence community estimates that the government of Afghanistan could collapse within six months after the complete withdrawal of US forces. The US intelligence reportedly revised their initial, more optimistic estimates after the Taliban opposition movement seized dozens of localities in northern Afghanistan. Biden later denied the veracity of these reports.

Kwiatkowski suggested China may play a role in the situation as it seeks further investments in the country.

“The larger interests of China are a major factor for Afghanistan's future, and a stable and economically open Afghanistan is desired by all three major hard currency players in Asia (Russia, China and India),” she said.

Retired Army Colonel Douglas Macgregor, a former senior adviser to the Acting US Defense Secretary, meanwhile, believes that India, another key player in the region, will cooperate with Russia and Iran to contain the influence of the Sunni Islamist elements in Afghanistan and Pakistan.

“China will try to complete its transportation infrastructure [though] Pakistan and part of Afghanistan provided the Chinese can be protected. If not, the Chinese will pick other routes,” he added.

Speaking about Russia, McGregor stated that Moscow knows it must work with its Central Asian neighbors and regional Shia power Iran to actively contain the Sunni Islamists and Heroin industry in Afghanistan.

For his part, Raghav Sharma believes that Moscow is unlikely to play a direct role in the Afghan theater given the Soviet history in Afghanistan.

Peace talks between Kabul and the Taliban have done little to halt the violence that has been plaguing the war-torn country. The Afghan National Army was ordered to switch to an offensive posture instead of a defensive one last year after a Taliban particularly bloody series of Taliban attacks on civilians, itself multiplying the number of casualties on both sides.

Afghan Foreign Ministry spokesman Gran Hewad recently told Sputnik that the current escalation in Afghanistan is leading to an increase in the number of refugees, that are themselves teetering on the edge of a humanitarian catastrophe.

“I wish nothing but the best for the people of Afghanistan as they try to rebuild their country and I extend sincere apologies and concern for all the death and destruction caused by the US,” Cindy Sheehan, a renowned anti-war activist and the mother of an American serviceman who was killed in combat during US operations in Iraq, told Sputnik.

Sheehan doubted that the US will leave entirely from Afghanistan and suggested that Washington will leave some kind of “mercenaries” on the ground.

“As in Afghanistan, nothing that the US can do will bring any civilians or troops back to life, and we should honor their deaths by working for peace,” she concluded.