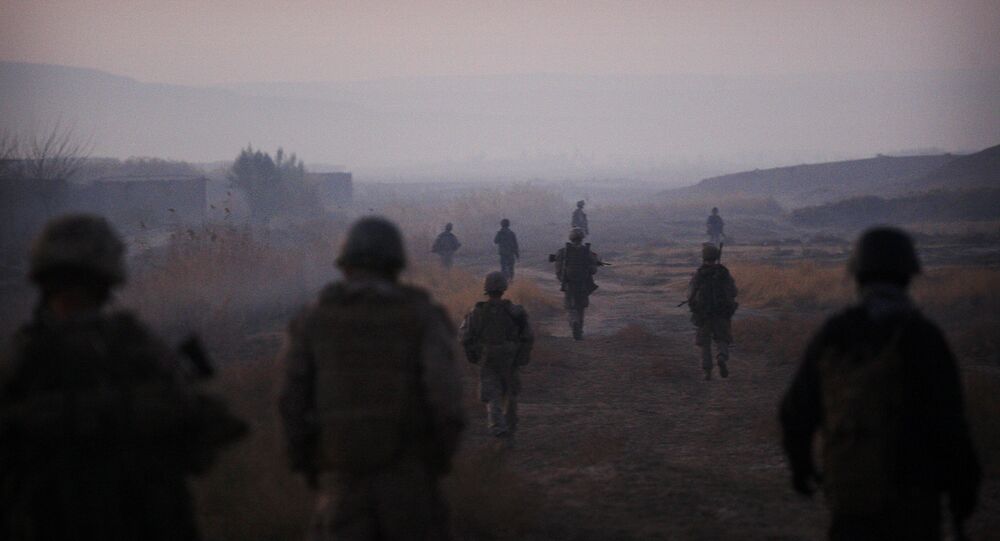 BRUSSELS (Sputnik), Luc Rivet - The Taliban radical movement (banned in Russia) is likely to seize the whole of Afghanistan, returning to the situation prior to the US intervention in October 2001, the experts told Sputnik following the fall of the Northern province of Badghis.

The foreign troops withdrawal, almost compete on the American side ahead of the September 11 deadline, is widely feared to bring about a humanitarian crisis in the country and cause waves of refugees to flee to the neighboring states. Experts have also questioned the Afghan government's ability to defend itself without the allies' support.

"I don’t see the official Kabul government of president Ashraf Ghani be able to control the country after the departure of the last American soldiers in September," Pierre Henrot, security consultant and former UN observer, said, noting that the situation is very reminiscent of Vietnam after the United States left the country.

"Ultimately, the Taliban* will take the whole country. We are there in a medieval type of war and I don’t think Europe can play any role there. It is a purely Afghan confrontation. Simply look at the situation prior to 9/11. It will be exactly the same, without any place for Western values," Henrot remarked.

© AP Photo / Allauddin Khan
NATO Troop Withdrawal from Afghanistan Leaves Locals Under ‘Uncontrollable Fire' as Taliban Surges
The twenty-year conflict is the longest war in American history and, as President Joe Biden stressed, he does not want "to send a third generation of American soldiers to fight there." The government in Kabul continues to fight, and many Afghans who have collaborated with the Western allies are being exfiltrated to the European Union.

"Europe must get ready to suffer another wave of refugees, like the 2015-2016 influx of Syrians. Since 2015, there are already large groups of Afghans among the refugees and migrants arriving in Europe," Louis Le Hardy de Beaulieu, political sciences professor at Belgian UCLouvain university, said.

He stressed that another major issue would be the culture of opium, which has "deeply corrupted the successive Kabul governments."

"The situation will worsen and Europe can expect humanitarian problems inside and outside Afghanistan," Le Hardy de Beaulieu added.

The European Union might be able to influence the post-war period through diplomacy, the professor said, but only if democratic structures are maintained. This, however, will be hardly achievable in Afghanistan, based on its prior history — as such, Europe had almost no relations with the Afghan authorities during the rule of the Taliban in the second half of the nineties.

As a result, Le Hardy de Beaulieu agreed with the opinion that things will fall back to the situation prior to American intervention to find and kill al-Qaeda leader Osama Bin Laden.

* The Taliban is deemed a terrorist group by Russia.