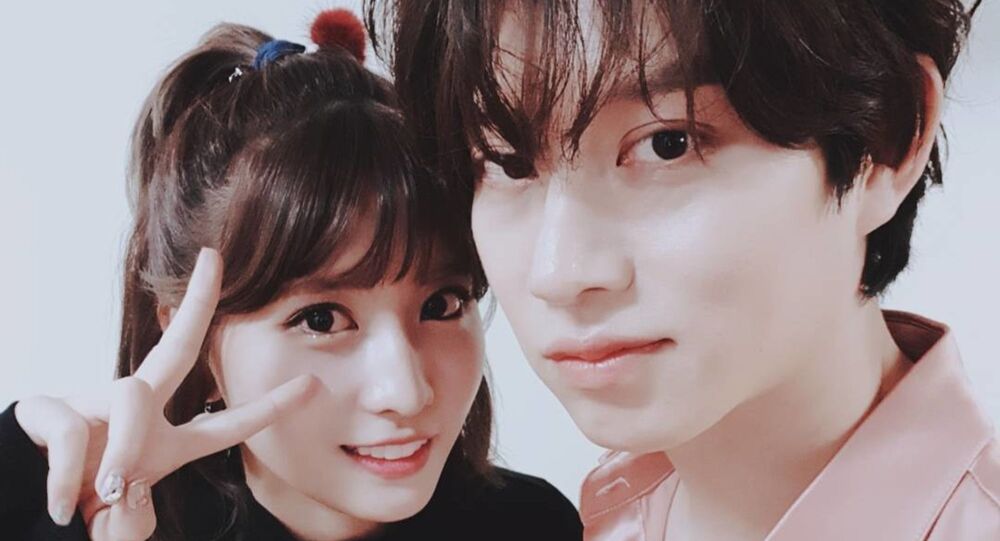 Laurence Olivier and Vivien Leigh, Richard Burton and Elizabeth Taylor, Brangelina.... it would seem that the sparkling world of celebrity now has another beloved couple whose love just couldn't last the distance.

The most beautiful couple in the world - Kim Hee-chul, better known as Heechul, and Momo Hirai (simply called Momo by her army of adoring fans) - have decided to go their separate ways after a year and six months of loving.

The couple, whose heart-warming relationship brought delight to so many K-Pop fans around the world, broke up on 8 July, the tragic fact confirmed by representatives from both JYP Entertainment - which manages Twice - and SJ Label which manages Heechul's Super Junior.

The official line is that the stars' busy schedules are incompatible with a relationship.

Momo and Heechul were close friends in the entertainment industry, but their friendship soon blossomed into love and they became a couple in August 2019. This relationship was the first one Heechul felt comfortable about making public since his debut as a member of Super Junior in 2005.

Heechul, 38, spared no opportunity to declare to his fans his adoration for 24-year-old Momo, and his fans, in turn, took the relationship between the two artists to their hearts, delighting, in particular, at the fact that the stars' love rendered them oblivious to the 14-year age gap between them.

Millions of fans of both Super Junior and Twice have been devastated by news of the split.

Waking up with the news
"Heechul and Momo break up"
Got me feeling like: pic.twitter.com/p7DQabBbIk

no because momo and heechul break up is too much pain for me. and if this two, hyuna and dawn, will break up. i will never believe in love anymore pic.twitter.com/87hyFO8WHO