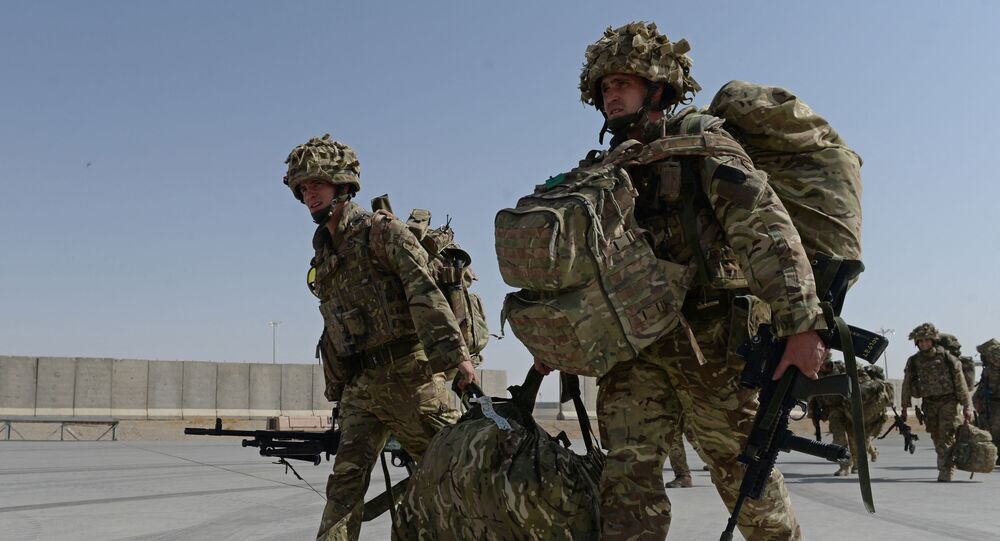 Earlier this week, the UK media reported that a small number of Special Air Service (SAS) personnel, a special forces unit of the British Army, will stay in Afghanistan after the withdrawal of western troops from the country.

British Prime Minister Boris Johnson has told lawmakers that all British troops are returning to the UK from the South Asian country, adding that the majority of personnel has already been withdrawn.

"All British troops assigned to NATO's mission in Afghanistan are now returning home. For obvious reasons I will not disclose the timetable of our departure, but I can tell the House [of Commons] that most of our personnel have already left", Johnson told the UK parliament.

The prime minister said the UK did not underestimate the challenge of the NATO mission in Afghanistan and pledged to continue supporting Kabul after the troop withdrawal.

"The international military presence in Afghanistan was never intended to be permanent. We and our NATO allies were always going to withdraw our forces. The only question was when, and there could never be a perfect moment", the prime minister stressed.

The remarks were followed by Britain's Chief of the Defence Staff Nick Carter warning it was "plausible" that the withdrawal of international forces from Afghanistan may result in a significant deterioration of the situation there.

The situation may look like the country's 1990s civil war "where you would see a culture of warlordism and you might see some of the important institutions like security forces fracturing along ethnic, or for that matter, tribal lines", Carter claimed.

He argued that "if that were to happen, I guess the Taliban would control part of the country", adding, "but, of course, they would not control all of the country".

This came after The Telegraph cited an unnamed former Special Air Service (SAS) soldier as saying that a small number of the UK's special forces will stay in Afghanistan after the withdrawal of the international contingent from the country.

The ex-serviceman claimed the SAS troops would "provide training to Afghan units and deploy with them on the ground as advisers", adding that there was "no determined time" for how long the UK special forces will have boots on the ground in Afghanistan.

US Troop Pullout From Afghanistan

Earlier this week, Central Command (CENTCOM), in turn, announced that the withdrawal of US troops from Afghanistan is now 90 percent complete, adding that the American military also had handed over nearly 17,074 pieces of equipment to the Defenсe Logistics Agency for disposition.

© REUTERS / Lucas Jackson
Afghanistan No Longer Priority for West, So US Troops to Exit Despite Violence Reports, Analysts Say
The Biden administration initially promised to complete the troop withdrawal by 11 September, the 20th anniversary of the 9/11 terrorist attacks.

In late June, the media reported that the US could finish it within days, but that up to 1,000 troops could remain to serve as security forces for the US Embassy and the city's airport. The US had about 2,500 troops in Afghanistan when the withdrawal process began on 1 May.