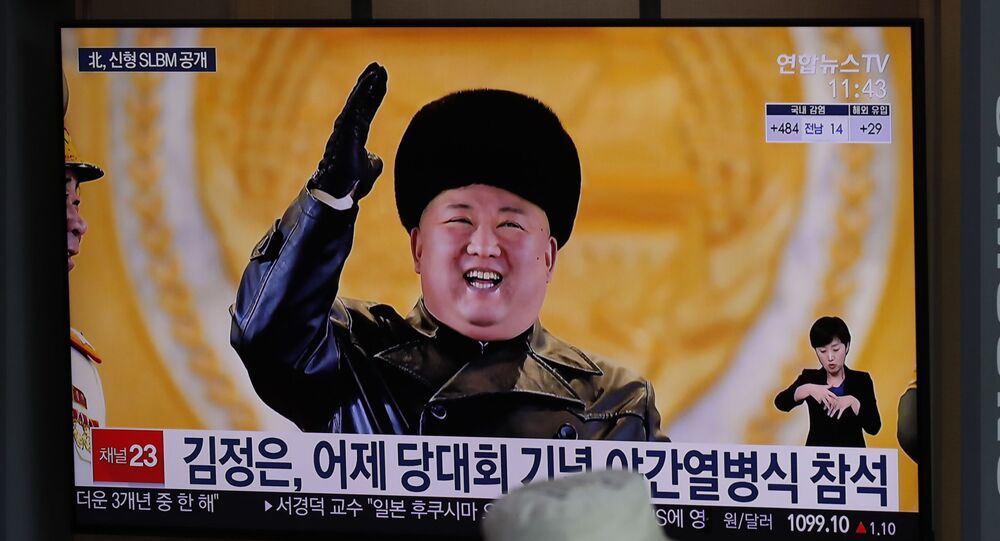 SEOUL (Sputnik) - South Korea's National Intelligence Service (NIS) has revealed that the leader of its northern neighbour, Kim Jong-un, has no health problems despite losing 10-20 kilograms (22-44 pounds) over the past few months, the Yonhap news agency reported on Thursday, citing an official.

Ha Tae-keung, a member of the parliamentary intelligence committee, told reporters that for the past four months, the North Korean leader had been "on a diet" but is healthy.

© AP Photo
In this Sept. 19, 2018, file photo, Kim Yo Jong, right, sister of North Korean leader Kim Jong Un, helps Kim sign joint statement following the summit with South Korean President Moon Jae-in at the Paekhwawon State Guesthouse in Pyongyang, North Korea. Kim's prolonged public absence has led to rumors of ill health and worries about how it could influence the future of what one analyst calls Northeast Asia's "Achilles' heel," a reference to the North's belligerence and unpredictable nature.

The South Korean newspaper The Chosun Ilbo had previously reported that Kim was 170 centimetres (5'5 feet) tall and weighed 140 kilograms.

The state-run North Korean media recently revealed that the nation's leader had lost weight because he was working for the good of the country. At the same time, multiple foreign media outlets suggested the weight loss experienced by Kim might actually be a sign of major health problems.