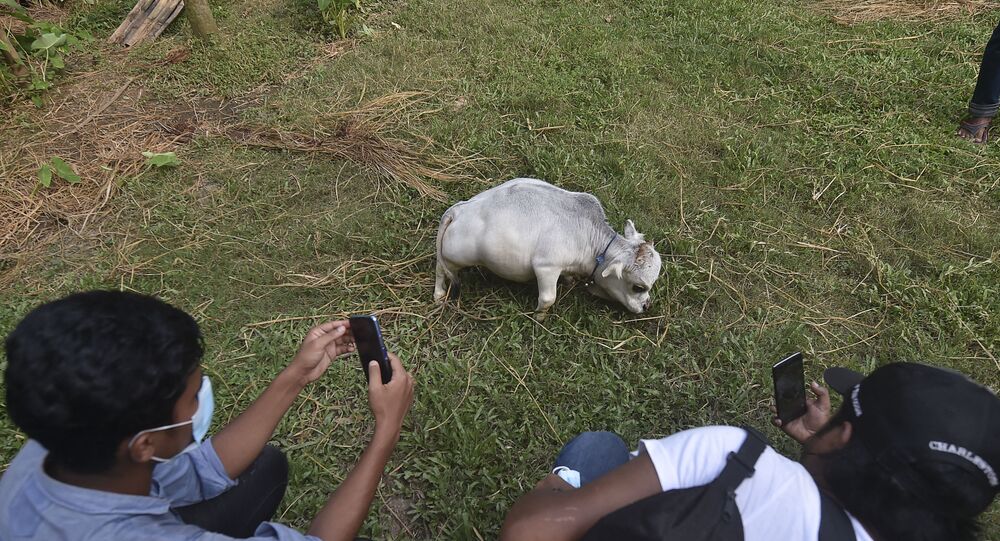 At present, Manikyam, a small bovine from India’s Kerala state holds the Guinness World Record for being the tiniest cow.

Rani, a 23-month-old dwarf cow from Charigram village in Bangladesh has become the talk of the town and landed in the limelight on social media for supposedly being the world’s smallest cow. Its owner, M.A. Hasan Howlader, manager of Shikor Agro farm, has reached out to Guinness World Records, claiming Rani, which is a Bhutanese cow, is shorter than Manikyam, a small bovine of the Vechur breed, from Kerala state in India that currently holds the Guinness World Record for being the tiniest cow.

According to AFP, Rani is 66 centimetres long and weighs only 26 kilogrammes. The owners say it is 10 cm shorter than Manikyam.

Rani the dwarf calf, found in Bangladesh,
Is 66-centimetres-long and weighs only 26 kilogram,

May hold the record for being smallest cow, pic.twitter.com/ypZl9OrEF5

"People come long distances despite the coronavirus lockdown. More than 15,000 people have come to see Rani in the past three days alone. Most want to take selfies with Rani", Howlader told AFP, adding that Guinness World Records had promised a decision in three months.

Sajedul Islam, the government's chief vet for the region, said Rani is a product of "genetic inbreeding" and was unlikely to become any bigger.