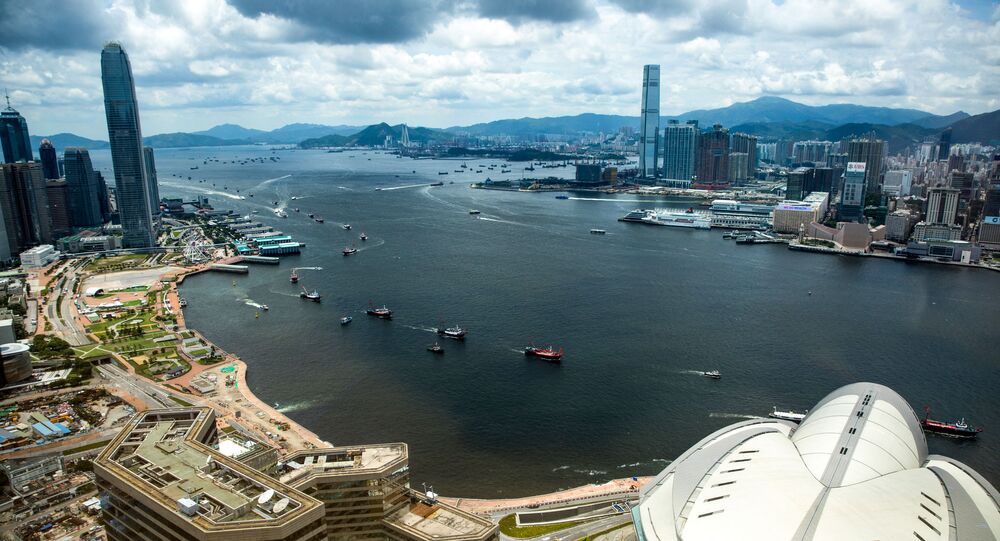 An Asian technology group, of which Google and Apple are members, warned in a letter that they would withdraw their business from Hong Kong if it proceeds with plans to change its privacy laws.

Lam told reporters on Tuesday that the proposed law would only target "illegal" doxxing, and that a privacy commissioner would meet with representatives of tech companies if they had any concerns.

"There is wide support that doxxing should be legislated against. The amendment exercise is to address the issue of doxxing. The privacy commissioner is empowered to take action and carry out [an] investigation - that's it", she pointed out.

The chief executive also referred to the national security law having been "slandered and defamed", adding that "it's the same case for the privacy law".

A national security law was enacted in Hong Kong, a former UK colony, in late June 2020.

Beijing and the Hong Kong government argue that the document only serves to safeguard China's national security, while respecting people's liberties as well as the city's special status. But many view the new law as undermining Hong Kong's autonomy, which Beijing pledged under a joint declaration with the UK in 1984.

As for Lam's remarks, they come a day after the publication of a letter by the Singapore-based Asia Internet Coalition (AIC), which described the doxxing-related law as too broad. Members of the AIC include Facebook, Google, Twitter, Apple, and LinkedIn, among others.

The proposed amendments to Hong Kong's privacy law could see individuals hit with "severe sanctions", AIC warned in the letter, which was sent to the Chinese territory's privacy commissioner for personal data, Ada Chung Lai-ling, on 25 June. There was no immediate word on what these sanctions would be.

"Introducing sanctions aimed at individuals is not aligned with global norms and trends", the letter read, adding, "the only way to avoid these sanctions for technology companies would be to refrain from investing and offering their services in Hong Kong, thereby depriving Hong Kong businesses and consumers, whilst also creating new barriers to trade".

AIC also stressed that they believe "any anti-doxing legislation, which can have the effect of curtailing free expression, must be built upon [the] principles of necessity and proportionality".

The proposed changes stipulate banning doxxing and authorising the government to force social media networks to remove personal information from their platforms.

Hong Kong Protests Continue: Is This a Restrained Government vs. Violent Protesters?