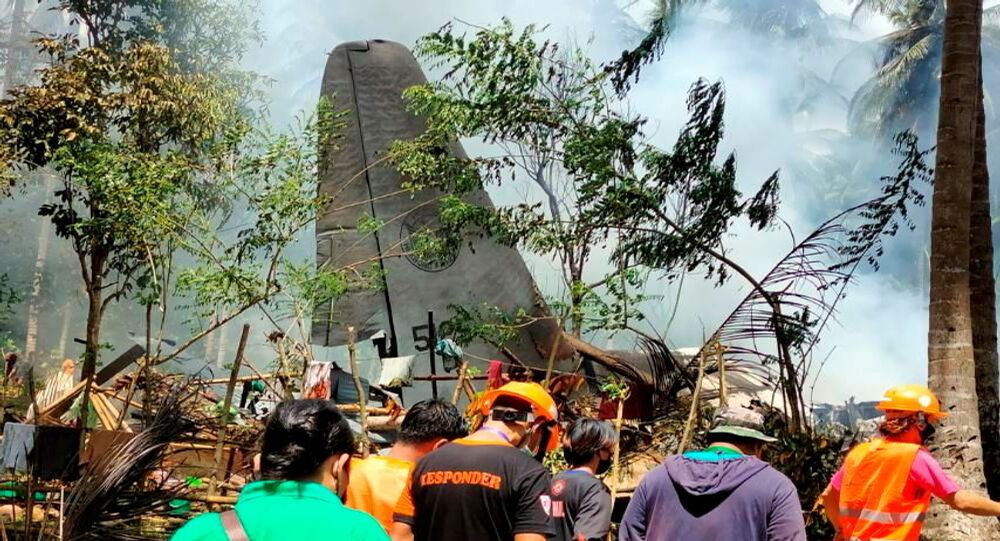 MOSCOW (Sputnik) - The death toll in a Philippine military plane crash that occurred on Sunday has gone up to 50, while 49 servicemen were injured, ABS CBN reports citing a spokesman of the Armed Forces of the Philippines (AFP).

Maj. Gen. Edgard Arevalo said on Monday that authorities had found the bodies of the remaining 5 missing troops, bringing the total death toll in the plane crash to 50, including 47 dead soldiers and three civilians on the ground who also died.

Another 49 soldiers were wounded, and four civilians on the ground were injured, as well, Arevalo specified.

Earlier, it was reported that the plane crash had killed 45 soldiers, while 42 people were found alive.

There were over 80 people on board the C-130 plane when it crashed on the island of Jolo on Sunday, as it was trying to land but missed the runway.

According to Arevalo, the Philippine military has temporarily grounded its C-130 planes.

US Gives Tentative Approval to $2.43Bln Sale of F-16 Aircraft to Philippines