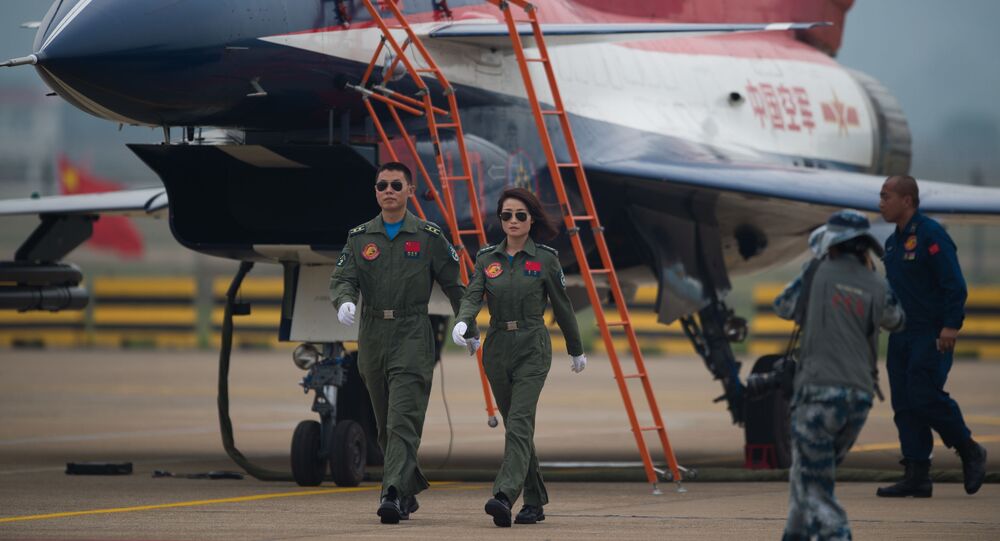 The emergence of the J-35 fighter, built by Shenyang Aircraft Corporation, is not just another significant step in China's march to create a modern carrier force. Defence pundits also believe it represents a two-generation leap beyond the People Liberation Army Navy’s initial choice for a carrier-capable fighter aircraft, also from SAC, the J-15.

A number of photos, which were recently taken near the aircraft carrier building in Wuhan, China, caught the attention of US defense policymakers. Images show the new stealthy carrier fighter aircraft, namely the J-35, which is considered "another significant milestone in the Chinese long-term pursuit of a blue-water carrier-based naval aviation capability”, according to Capt. James Fanell, a retired US naval intelligence officer cited by the Breaking Defence website.

During the J-35’s first appearance at the 2014 Air Show China expo, the model was fitted with two underpowered Russian-made engines originally developed for the Mikoyan MiG-29 Jet.  But even this earlier configuration already appeared to be a twin-engine adaptation of the US Lockheed Martin F-35’s design. One of the main features of the J-35 is a re-configured wing and an elongated fuselage optimised for a lower radar cross section (RCS).

​The fighter is also believed to be 22,000 lbs. lighter than the previous J-15 model. It also carries its missiles in an internal weapons bay to maintain the aircraft’s stealth signature.

Such images have been frequently taken of the Wuhan facility over the years by local aviation enthusiasts and then posted anonymously on various PRC-based websites. These photos are regularly deleted, as they constitute violations of Beijing’s pathologically secretive and pervasive military security guidelines, according to the media outlet.

The J-35’s emergence is considered a major step for the Chinese industry in terms of creating a modern carrier force. Experts also believe it is a two-generation leap beyond the People Liberation Army Navy’s initial choice for a carrier-capable fighter aircraft, the J-15.

The reason US defence policymakers are worried about developments such as the J-35 is the alleged lack of transparency from China in terms of military development, Capt. Fanell says. Although there has been significant emphasis by the US on military-to-military engagements with the Chinese side, the US has received "almost no openness in return for the insight we are providing the PLAN", Fanell concludes.

"It’s well past time to re-evaluate this practice of unaccountable arrangement”, he says.