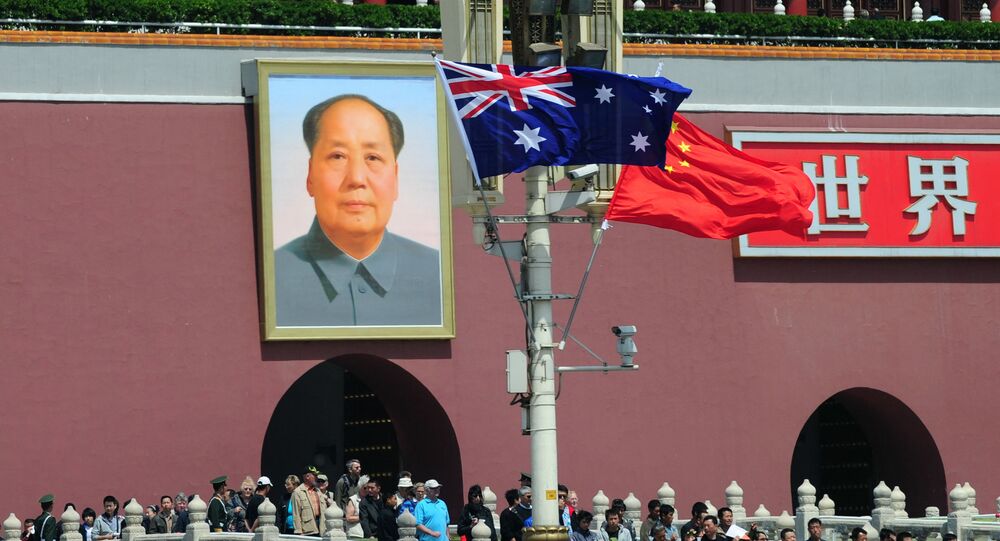 MOSCOW (Sputnik) - China is one of the 'biggest threats' to Australia's liberties and future prosperity, the Senator of Australia's National Party, Matt Canavan, said.

"There are three Cs which we are challenged with at the moment: There’s COVID, there’s climate change and there’s China," the Senator told Sky News Australia, adding that China was "by far and away is the biggest threat to our liberties, freedoms and future prosperity."

The return of Barnaby Joyce as the leader of the National Party as well as the deputy prime minister has allowed Australia to focus on the key issues, and China policy is particularly important, Canavan told the broadcaster.

© AFP 2021 / FRED DUFOUR
Australia to Complain to WTO About China's Tariffs on Australian Wine, Trade Minister Says
The relationship between the two Asia-Pacific neighbors has grown particularly tense over the past year. Last year, Australia urged for an independent probe of the early coronavirus outbreak in China. Shortly afterward, China banned beef imports from four large Australian firms, citing safety concerns. Since then, China has added 80% duties on Australia's barley as a result of its investigation of government subsidies, and tariffs of up to 218% on Australian wine imports.
...
Reddit
Google+
Blogger
Pinterest
StumbleUpon
Telegram
WhatsApp
541
Tags:
diplomacy, Australia, China
Community standardsDiscussion