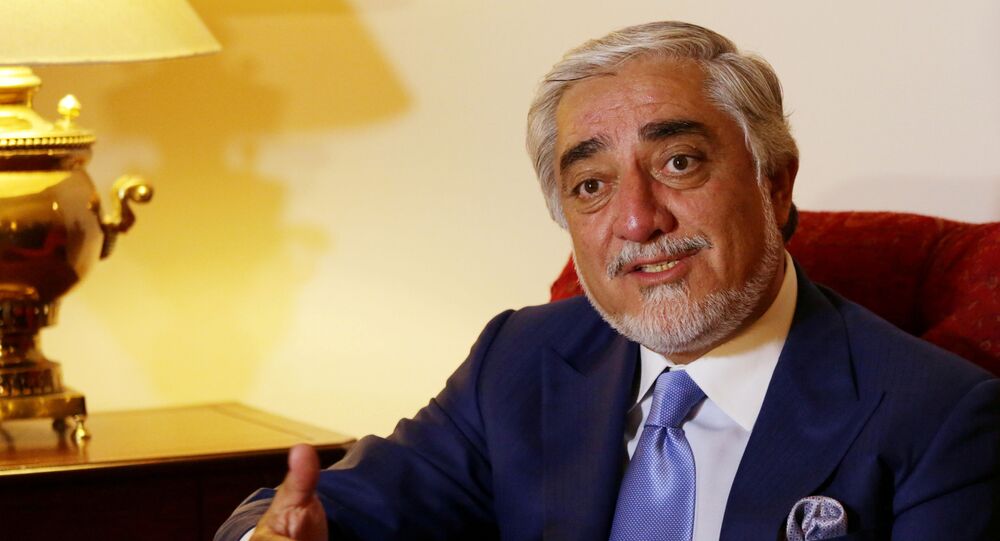 As the final withdrawal date for US forces in Afghanistan grows close, all eyes are on the turbulent relationship between the Taliban and the government in Kabul. Abdullah Abdullah, head of the Afghan government’s High Council for National Reconciliation, recently said the peace talks have made little headway - but the Taliban offensive has.

The reconciliation chief, who lost the 2019 presidential race to incumbent Ashraf Ghani, told CNN on Friday that peace talks with the Taliban had made “very little headway” and were proceeding at a “very slow pace.”

While the US negotiated a peace deal with the Taliban in February 2020, allowing US forces to leave the country as the Taliban forswore terrorist tactics, no such deal was reached with the Kabul government, which the Taliban regards as a US puppet regime lacking in legitimacy. The Taliban ruled the country from 1996 until 2001, when a US invasion ended their brutal Islamist regime.

Although Taliban-Kabul talks began, they have been slow-going, and amid the US withdrawal, many have raised fears the Afghan government may quickly crumble against the insurgent force the US and its allies couldn’t defeat after nearly 20 years of war.

Speaking to reporters in Washington, DC, following meetings with US President Joe Biden and other top US officials last week, Ghani said that "the false narrative of abandonment is just false.”

However, Abdullah, who accompanied Ghani to the US, told CNN that "had it been our choice ... we would have thought differently."

However, the two men struck a tone on the issue of a potential Taliban victory.

"It will not happen," Abdullah said. "The Taliban have failed. They promised that they will de-link with al-Qaeda and other terrorist groups. We don't have many signs of that. So that's the danger for us, as well as for the region."

"Too much has been gained for things to go back to the way they were before October 2001,” he added. “There might be temporary setbacks here and there, which is what we are witnessing but part of those gains are irreversible."

Ghani said last week that regional nations should “bet” on his government in Kabul, which will continue to receive US support for its civil and military budgets.

However, CNN also reported Friday that a video statement by Taliban political office spokesperson Mohammad Naeem called into doubt Abdullah’s framing, saying it was the Kabul government that had blocked the talks from proceeding.

"Our intention was to make some progress, but the opposite side was not interested in the peace talks,” Naeem said, noting Kabul’s negotiating team in Doha, Qatar, had been incomplete. He attributed that to some being "physically present in the battlefield" and "busy in war."

Last week, Deborah Lyons, the UN's special envoy on Afghanistan, said that 50 of Afghanistan's 370 districts had fallen to Taliban militants since May.

The Taliban have made substantial gains since launching a new offensive in May, when the original deadline for the US withdrawal had passed. However, the Afghan armed forces have also seen a new wave of volunteers joining up, since US forces are no longer there to protect them.

At the UN Security Council in New York last week, UN special envoy to Afghanistan Deborah Lyons revealed that more than 50 of Afghanistan’s 370 districts had been captured by the Taliban since May 1.

"Those districts that have been taken surround provincial capitals, suggesting that the Taliban are positioning themselves to try and take these capitals once foreign forces are fully withdrawn," she warned.

All but a 650-strong security force for the US embassy and Kabul airport were due to be out of the country by July 4, but Biden said on Friday that the US would miss that goal, but was still on track to be out by the end of August. The final date set unilaterally by Biden is September 11, 2021 - the 20-year anniversary of the terrorist attacks in New York, Virginia and Pennsylvania by al-Qaeda that precipitated the US invasion in October 2001.