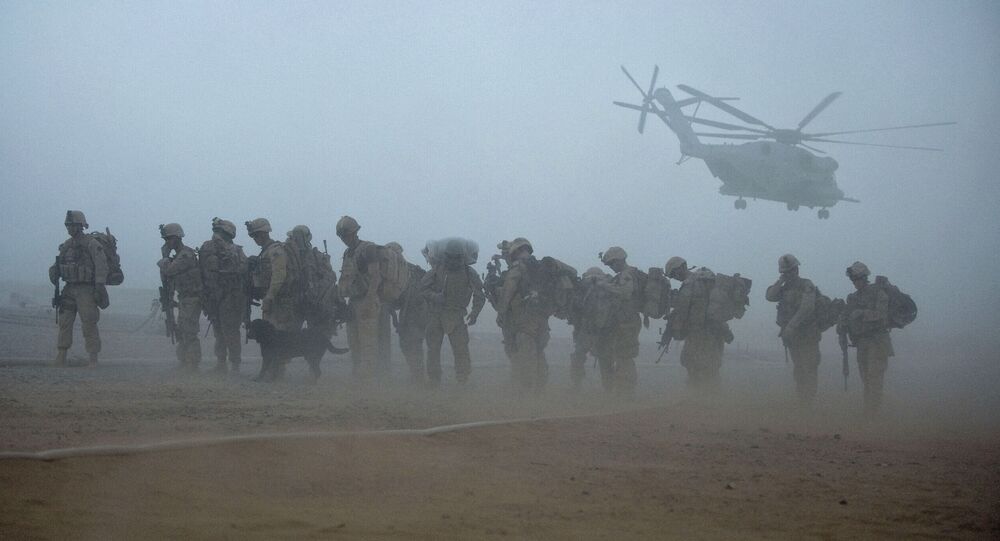 MOSCOW (Sputnik) - The withdrawal of US troops from Afghanistan should not lead to a redeployment of US and NATO military infrastructure to Central Asia, Russia's special presidential envoy for Afghanistan, Zamir Kabulov, told Sputnik on 2 July.

The United States plans to complete the withdrawal of its forces from Afghanistan by 11 September.

"This process cannot and should not turn into a redeployment of US and NATO military infrastructure facilities to countries neighboring the Islamic Republic of Iran, especially to Central Asia. We have already sent such a signal to Washington at various levels, I hope it will be heard," Kabulov said.

The US and its NATO allies launched a military operation in Afghanistan in 2001. It was part of Operation Enduring Freedom, launched in response to the 11 September 2001 attacks. On 1 January 2015 the mission Resolute Support replaced this combat operation.

© AP Photo / Rahmat Gul
US Forces Have Reportedly Left Bagram Base in Afghanistan After Nearly 20 Years
The Biden administration initially promised to complete the troop withdrawal by 11 September. In late June, media report that the US could finish it within days, but up to 1,000 troops could remain to serve as security forces for the US Embassy and the city's airport. The United States had about 2,500 troops in Afghanistan when the withdrawal process began on 1 May.

Earlier in June, the top US general in Afghanistan, Austin Miller, told reporters that Afghanistan may descend into civil war after the formal US withdrawal from the country. The Taliban movement recently launched a successful offensive to seize control of some 100 regional centres, mainly in the northwest of Afghanistan.