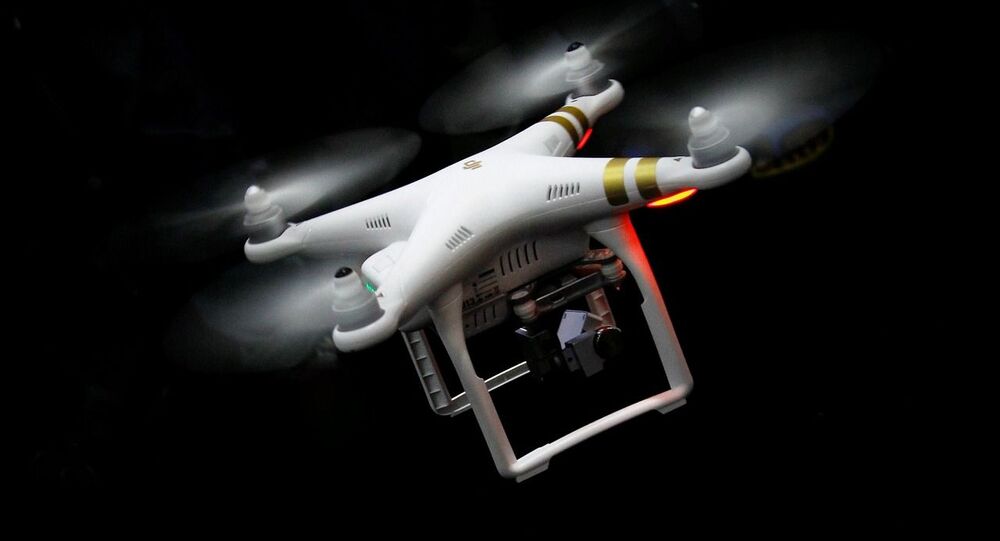 The incident occurred on the same weekend two explosions rocked an Indian Air Force (IAF) base in Jammu. Two drones dropped improvised explosive devices (IEDs) on an Mi-17 hangar in Jammu on Sunday, leading to two IAF personnel being injured.

A drone was spotted in the residential area inside the Indian High Commission in Pakistan's capital Islamabad.

Sources in the Indian Foreign Ministry told Sputnik that the drone was spotted while an internal event was underway in the mission on 26 June.

The Indian foreign ministry has raised the issue with Islamabad, while handing over a strongly worded note.

Meanwhile, sources in the Pakistani Foreign Ministry have rejected the allegations, adding that no shred of evidence has been provided and that it's part of a new propaganda campaign.

This is the first time such an incident involving a drone being spotted inside the Indian mission in Pakistan has happened.

The incident happened a day before two explosions occurred at a high security Indian Air Force (IAF) station in Jammu on Sunday, with one causing minor damage to the roof of a building and the other hitting an open area. Two IAF personnel suffered minor injuries due to the blasts. The explosionswere likely caused by improvised explosive devices dropped by drones.

After the incident, India's junior Home Minister Gangapuram Kishan Reddy linked the drone attack on the Jammu airbase to Pakistan.

In turn, Pakistan's Foreign Office described the allegation as a "familiar ploy" to divert attention from New Delhi’s "crimes" in Jammu and Kashmir.

The attack marked the first time that drones have been used to target an Indian security installation.

India and Pakistan have fought several wars over Kashmir since gaining independence in 1947. Their ties hit rock bottom again in 2019 after the Indian government stripped the Jammu and Kashmir state of its special status and broke it up into two union territories.