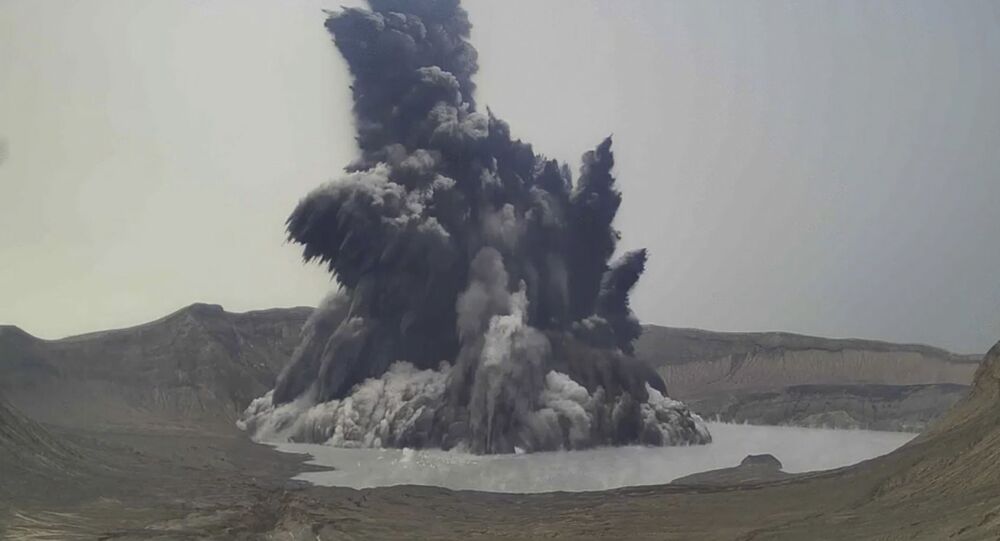 While the authorities have started evacuating people from five “high-risk” villages, doubt remains if a full-blown volcanic eruption may actually occur.

Authorities in the Philippines have evacuated thousands of villagers from the vicinity of the Taal Volcano, located in the Batangas province, after it expelled a plume of smoke and ash into the sky during a brief explosion on Thursday, 1 July.

According to AP, the Philippine Institute of Volcanology and Seismology (PHIVOLCS) raised a level three alarm (five is the maximum), indicating that "magma is near or at the surface, and activity could lead to a hazardous eruption in weeks."

Government experts, however, said that it wasn’t immediately clear if a full-blown volcanic eruption was imminent.

"It's just one explosive event, it's too early to tell," said PHIVOLCS’ Renato Solidum.

Mark Timbal, spokesman for the Philippines’ National Disaster Risk Reduction and Management Council, said that a pre-emptive evacuation of residents from five high-risk villages has begun and that up to 14,000 people may have to be temporarily moved away from the volcano.

Hermilando Mandanas, governor of Batangas, declared that evacuation camps, trucks, food packs, and face masks were ready if the situation were to deteriorate and more people were evacuated.

As the media outlet points out, Taal erupted in January 2020, with the ensuing calamity leading to the displacement of hundreds of thousands of people, while clouds of ash reached Manila (located about 65 km to the north).