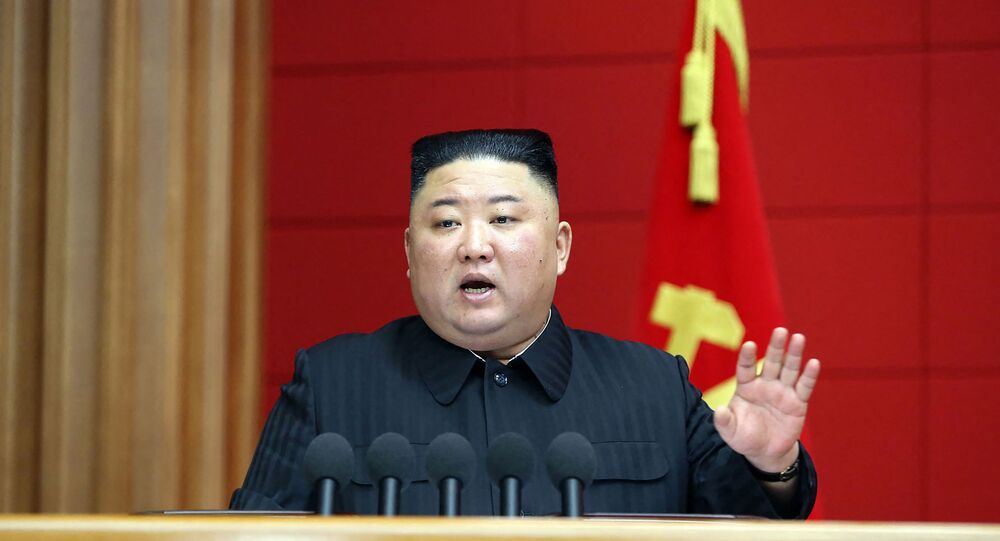 SEOUL (Sputnik) - North Korean leader Kim Jong Un sent a congratulatory message to Chinese President Xi Jinping on the 100th anniversary of the Communist Party of China (CPC), in which he expressed his intention to strengthen strategic relations between the two countries, the state KCNA reported on Thursday.

In the message, the North Korean leader expressed on behalf of his country and people a "warm comradely greeting" to Xi, the CCP members and the Chinese citizens.

"The WPK [Workers' Party of Korea], by its firm unity with the CPC, will raise the DPRK-China friendship to a new strategic point as required by the times and as desired by the peoples of the two countries, and powerfully encourage the socialist construction, the cause common to the two parties, to vigorously advance despite any change of the situation and challenges," Kim was quoted as saying in his message by the KCNA.

Kim also sent a basket of flowers to Xi, which the North Korean ambassador to China handed over to the head of the International Department of the CPC Central Committee.