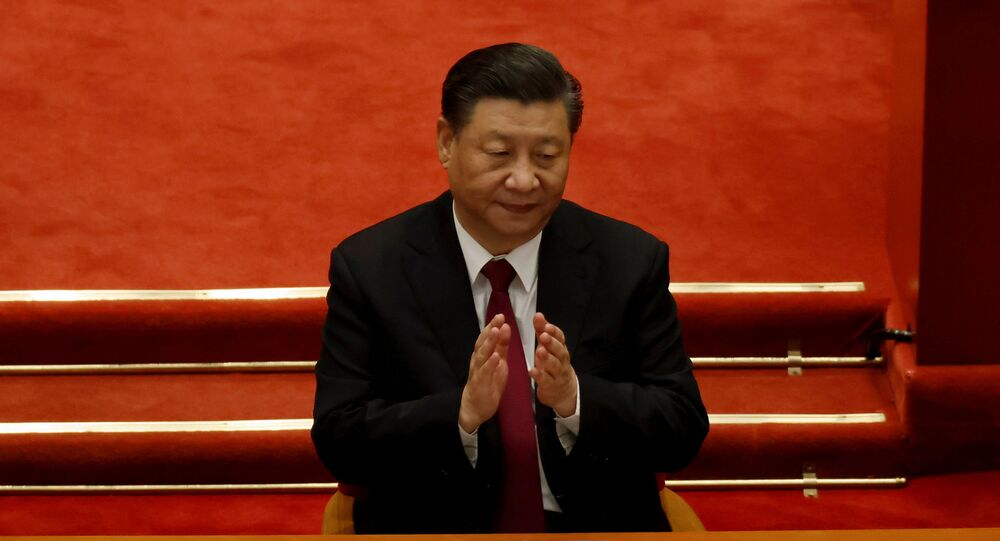 China Won't Be Bullied, 'Anyone Who Dares Try Will Have Their Heads Bashed Bloody', Xi Jinping Warns

On Thursday, Tiananmen Square in Beijing hosts a ceremonial meeting to mark the 100th anniversary of the founding of the Chinese Communist Party.

Chinese President Xi Jinping has cautioned that foreign forces attempting to bully the nation will "get their heads bashed", and hailed a "new world" created by the people of China.

"Anyone who dares try to do that will have their heads bashed bloody against the Great Wall of steel forged by over 1.4 billion Chinese people," he said.

"The people of China are not only good at destroying the old world, they have also created a new world," Xi Jinping said. "Only socialism can save China."

Xi Jinping added that China will learn from the experience of other countries, but will not tolerate the "arrogant teachings" of other nations. According to him, a new era has come, when world powers will no longer be able to impose unequal treaties on the PRC; the Chinese nation has risen to its feet and will not allow anyone else to control its fate.

The chairman also said that the country's authorities should turn the People's Liberation Army of China into one of the strongest armed forces in the world to protect national security. He highlighted the importance of modernising and protecting Chinese sovereignty.

The secretary general's speech was accompanied by thunderous applause from 70 thousand spectators at Tiananmen Square in Beijing.

Xi's speech also came against the background of escalating tensions between China and the US due to a number of issues, including Taiwan and a probe into COVID-19's origins. Beijing had earlier slammed Washington's claims that China risks facing isolation if it does not agree to another probe into the origins of COVID-19, calling them "sheer blackmail and threat".

As for Taiwan, the Biden administration has beefed up its diplomatic and military support for the island nation from day one at the White House, starting by inviting its de facto ambassador to Biden’s inauguration. Beijing considers Taiwan to an integral part of China, and has repeatedly blasted the US for “meddling” in regional affairs.