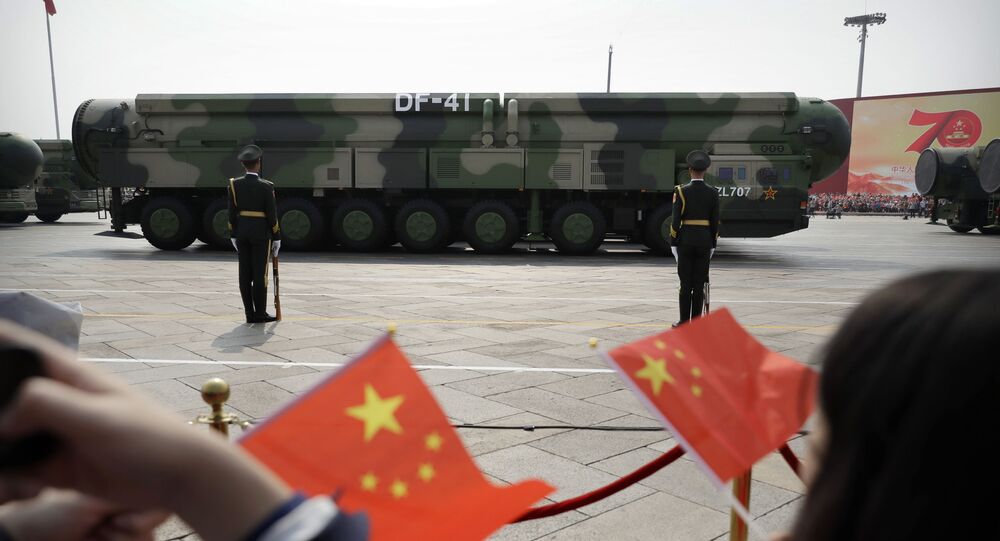 WASHINGTON (Sputnik) – China has begun constructing over 100 new ballistic missile silos near the city of Yumen in the province of Gansu, US media reported.

A total of 119 almost identical construction sites in Gansu show elements featured by existing Chinese launch facilities, the Washington Post newspaper reported, citing commercial satellite images obtained by researchers at the James Martin Center for Nonproliferation Studies in Monterey, California. According to experts, the number of new missiles for these silos could be much smaller.

He stressed that China was expanding its nuclear forces to deter the United States, survive a first nuclear strike and be capable of defeating the US missile defense network.

Currently, China is thought to have over 300 nuclear warheads, much less than the United States and Russia, with thousands of nuclear warheads each, despite disarmament efforts.

US Launch of Minuteman III Ballistic Missile Fails, Cause Under Investigation