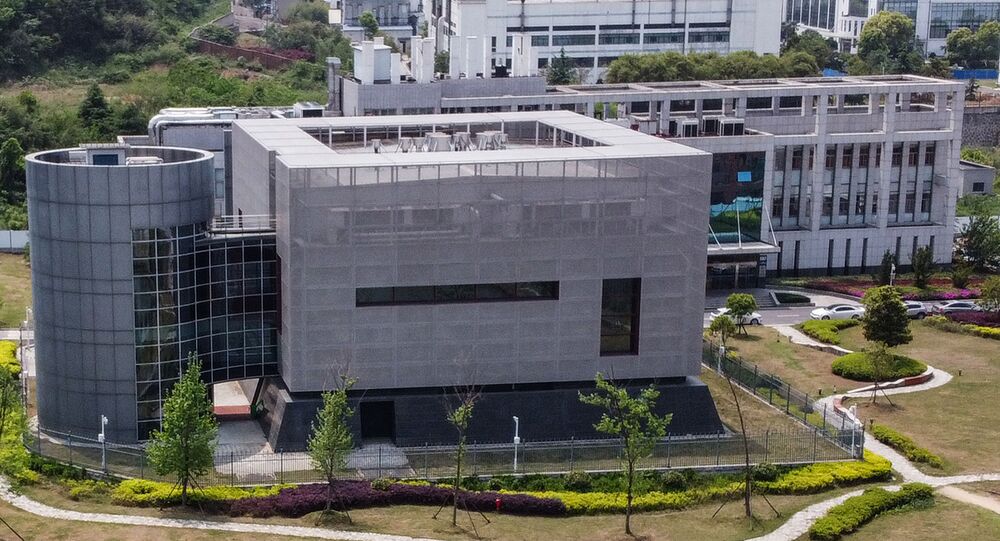 The laboratory at the Wuhan Institute of Virology has been the focus of attention because of its study of coronaviruses and its closeness to the presumed cradle of the infection. Although the original theory, promoted by Donald Trump, that the virus was man-made was dismissed as fake, the new US administration suddenly decided to revive it.

The last and only foreign scientist to work at the Wuhan Institute of Virology ahead of the pandemic, Australian virologist Danielle Anderson, has broken her silence about how work was conducted at the high-containment facility. Spoiler alert: this does not chime with the way some western media try to portray it.

In her interview with Bloomberg, Anderson explained how she was pleasantly struck by the lab's bespoke method at disinfections and overall focus on containing the dangerous pathogens studied at the facility. She stressed that all employees with access to the lab had to undergo "very, very extensive" 45-hour-long training on handing pathogens, working in air-pressure suits and undergoing disinfection. In all other respects, the Wuhan lab was no different from any other facilities at which the 42-year-old expert in bat-borne viruses had worked.

"It’s not that it was boring, but it was a regular lab that worked in the same way as any other high-containment lab […] What people are saying [about the Wuhan lab] is just not how it is," Anderson said.

The virologist suggested that half-truths and distorted information in the media impaired people's ability to perceive properly what the laboratory does and how it functions.

The Wuhan laboratory faced allegations of creating and accidentally releasing the COVID-19 virus into the world in 2019 with then US President Donald Trump and his administration being the main spreaders of this theory, which Beijing strongly denies to this day. At the time, media and medical specialists dismissed it, but the theory got a new lease of life this spring after the Wall Street Journal released a report claiming that the US was in possession of classified information about three employees at the institute needing hospital attention, suffering COVID-like symptoms in November 2019 before the first cases were registered.

The media never published the names of the three supposed employees, who allegedly could have brought COVID-19 with them from the lab. However, Danielle Anderson claims that she never heard about any of her colleagues becoming ill at any time up until her departure from the lab in November 2019, just a month ahead of the presumed start of the coronavirus outbreak. Furthermore, she met many of them in Singapore later the same year and heard no gossip about people falling ill at the institute.

"There was no chatter. Scientists are gossipy and excited. There was nothing strange from my point of view going on at that point that would make you think something is going on here," she said.

The virologist added that she herself was tested and was found never to have contracted the virus. Anderson further noted that the lab has strict protocols for reporting symptoms that could have been caused by the pathogen with which a person worked.

Not Naïve to Write It Off

Despite having no concerns over the security at Wuhan laboratory, Anderson believes that the investigation into the virus' origins must be carried out. First, she said she could not completely rule out the possibility of the SARS-CoV-2 (the medical name for COVID-19 virus) escaping from the lab.

"I’m not naive enough to say I absolutely write this off," the scientist said.

Still, she finds the chances of Chinese scientists meddling with the coronavirus' genome (via the so-called "gain of function technique") and then releasing it "exceedingly slim".

© AFP 2021 / JOHANNES EISELE
Man-Made From Bats? US Media Claims Wuhan Lab Could Have Developed Coronavirus Back in 2017

Second, Anderson is confident that it would take time to determine the source of the virus if it transferred to humans naturally from animals. It might take up to a decade and that is probably why the scientists haven't yet found the “smoking gun” bat, which is supposed to have transferred the virus, the virologist added. Anderson said she is convinced that the source of COVID-19 was natural.