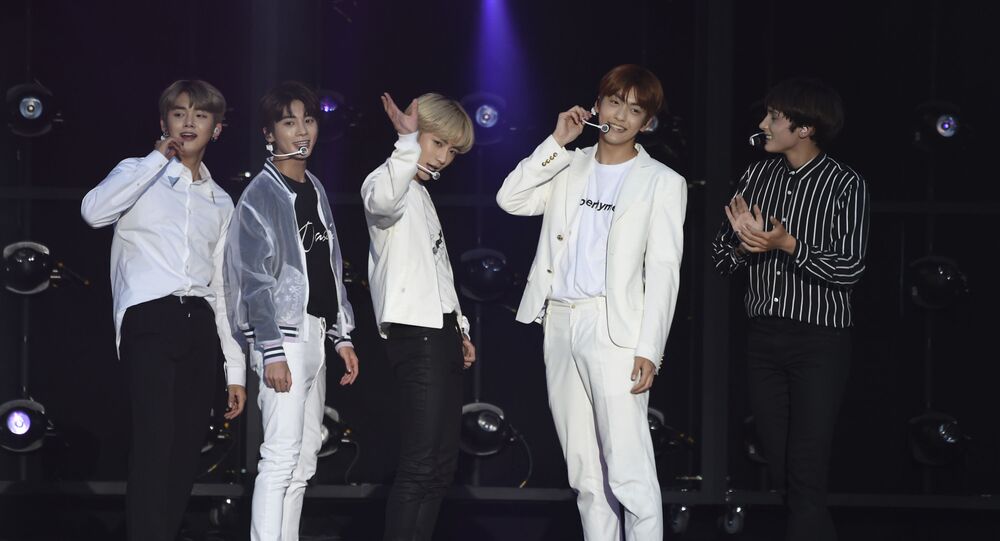 The group is constantly growing on their musical path and is gradually becoming acknowledged on the same level as their “big brothers” BTS.

TXT's official TikTok account surpassed 10 million followers on 25 June. This is the second highest number of followers among male K-pop idol groups, right behind their colleagues from the HYBE agency - BTS.

© CC BY-SA 2.0 / Eva Rinaldi / Ed Sheeran
Together Again: Ed Sheeran Working on New BTS Song
TXT recently took 5th place on the US Billboard album chart Billboard 200 for the first time in three years after their debut, attracting the attention of teenagers all over the world with their charismatic and bold performances, despite their young age. Yeonjun, Beomgyu, Taehyun, Hueningkai, and Soobin have since their March 2019 debut album topped the iTunes Top Albums chart in over 44 countries.

Tomorrow X Together (TXT’s full name) has continued its confident conquest of the overseas music market by taking the top spot on the US Billboard World Digital Song Sales, Billboard Global 200 (excluding the US), the Billboard Global 200 chart, and Japan's Line Music Weekly Top Song chart.