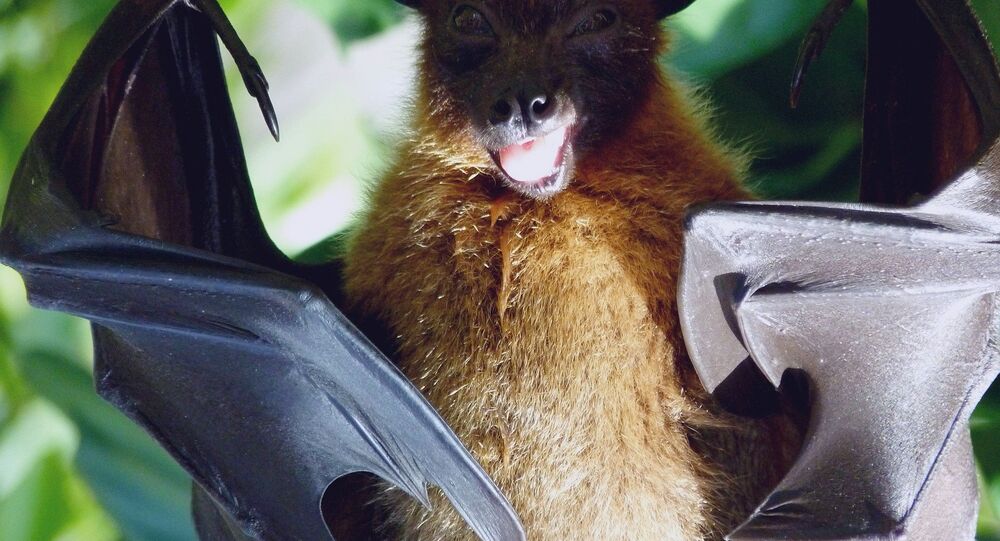 Yet Another Deadly Bat-Transmitted Virus Identified, Now in COVID-Stricken India

The first recognised outbreak of the Nipah virus, a fatal zoonotic illness, was registered on pig farms in Malaysia in the late 1990s. 265 people were infected and 105 died from the virus. In India, Nipah outbreaks were registered in West Bengal in 2001 and 2007, as well as twice in Kerala in 2018 and 2019.

© CC0
India on High Alert After Nipah Virus Case Confirmed in Kerala
The highly-contagious Nipah virus (NiV), causing fatal brain inflammation or respiratory disease in humans, has been found in bat samples in India, The Indian Express reported, citing a cross-sectional survey by the Indian Council of Medical Research and the National Institute of Virology.

Researchers have been studying dozens of Leschenault's rousettes (a species of medium-sized fruit-eating bat) and common pipistrelles (a species of tiny insectivorous bat) caught in Mahabaleshwar, an Indian town south of Mumbai, in March 2020.

After collecting blood from the bats, as well as throat and rectal swab samples, the scientists found that some of the nocturnal animals tested positive for both NiV RNA and anti NiV IgG antibodies.

Listed as one of the priority diseases for research in public health emergency contexts by the World Health Organisation, alongside such pathogens as COVID-19, Ebola, and Zika, the non-curable virus can be transmitted to people from animals, through contaminated fruit, or through person-to-person contact. There is currently no vaccine available for the virus. Its fatality rate is estimated at 40-75 percent.