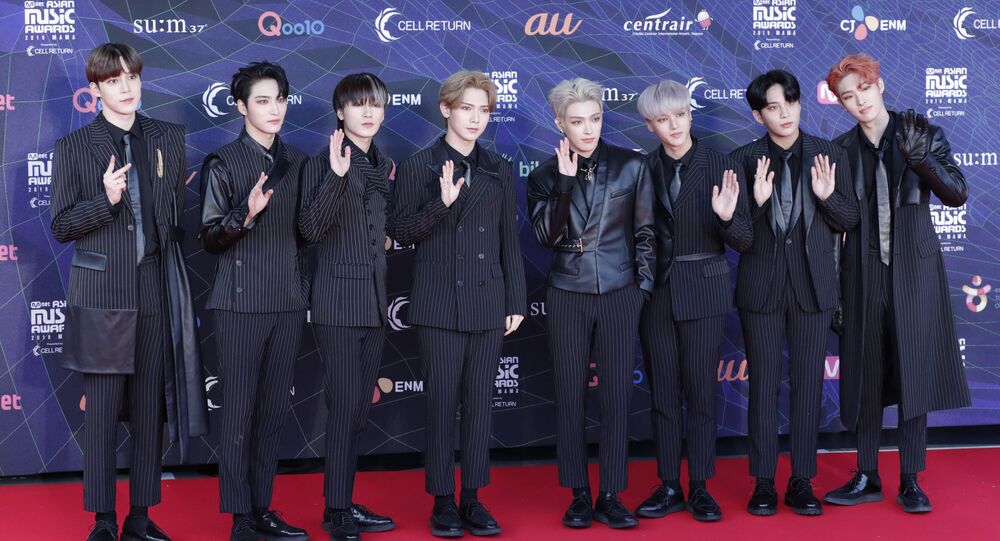 Fans will be able to get their hands on the full album in July.

Charismatic K-pop boy band ATEEZ, who have already gained a big fanbase, are gearing up for their first ever Japanese single and dropped a teaser on 24 June.

The album's title track "Dreamers" has been chosen as the ending theme of the anime series "Digimon Adventure" – while the album will be available 8 July.

Fans of the group are going wild over the release on social media.

It's ATEEZ Japan 1st SINGLE !! it looks like Wave 2.0 😭😭 It is for the ending theme of Digimon Adventure.#ATEEZxDIGIMON #ATEEZ pic.twitter.com/ZA0AQvG5aI

​Recently, Ateez participated in Mnet's survival show "Kingdom" against such groups as Stray Kids, The Boyz, SF9, iKON, and BTOB. Stray Kids were the eventual winners but ATEEZ has also left an impression with their powerful performances.

The eight-member boy band debuted in 2018 under the KQ Entertainment label and is one of the most successful 4th generation K-pop groups.