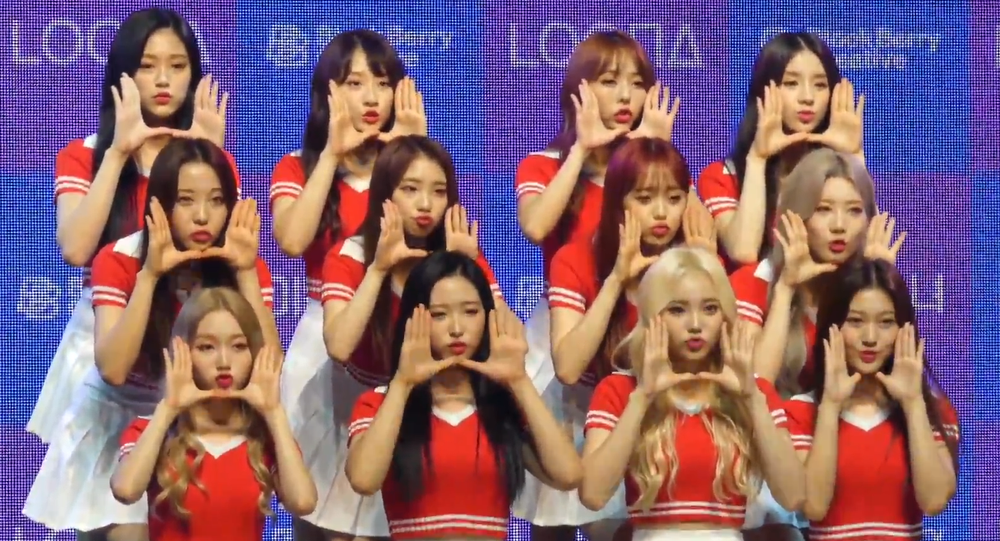 The promising girl band is raising fans’ expectation with their new mini-album “&”.

Blockberry Creative, the home agency of LOONA, dropped a teaser for an upcoming MV under the name “&2” for the third mini-album “&” on 23 June.

In the teaser, one of the group’s 12 members, Kim Lip, appears in a red and white costume resembling a uniform and walks into a dark temple. When sunlight hits the altar, located in the centre, she stands on it and gazes intensely directly into the camera amid a powerful drumbeat.

According to Blockberry Creative Entertainment, the title song of the album, “PTT” (“Paint The Town”), is dance hip-hop in genre along with elements of a Bollywood vibe, with self-esteem as the main message.

LOONA will release all the songs of their new mini album “&” on 28 June.

The K-pop girl band debuted back in 2016 with a line-up consisting of 12 members. After each member released promo singles one by one over the span of 18 months, they went on as a whole band with their first EP [+ +] in 2018 and immediately gained attention for their visuals and talent.