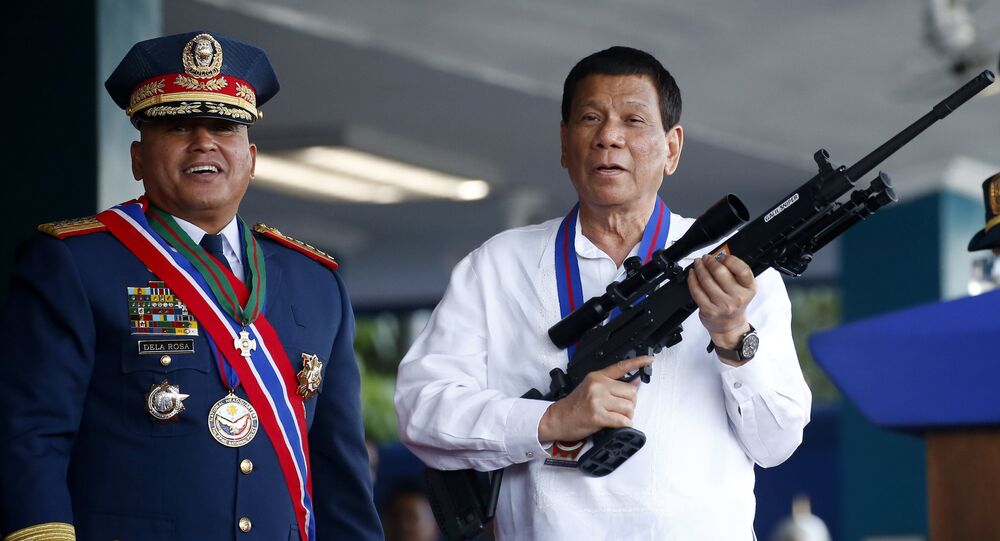 MOSCOW (Sputnik) - Philippine President Rodrigo Duterte has threatened to arrest those citizens who refuse to receive coronavirus vaccines as his country struggles to head off a resurgence in infection rates worsened by the emergence of more contagious variants of the virus.

During a late-night address on Monday, Duterte said he was exasperated by Filipinos who decline to receive their shots, noting they can be carriers of the virus. The president advised those refusing to get the shot to leave the country, otherwise, he will "order the barangay captains to have a tally of the people who refuse to be vaccinated," as cited by the CNN Philippines broadcaster.

"Don't get me wrong. There is a crisis being faced in this country. There is a national emergency", Duterte said.

© REUTERS / Eloisa Lopez
A health worker participates in a simulation for COVID-19 vaccination in preparation for its arrival, at an elementary school turned vaccination command center in Pasig City, Metro Manila, Philippines, February 16, 2021

The national vaccination campaign was launched in March. More than 8 million people have since been inoculated. The government aims at immunising about half of the 108-million population by the end of the year.

Since mid-May, the daily infection rate started to rise again after a relative lull in April. Additionally, the country started to detect more new variants of COVID-19, including the Delta strain, first identified in India, which is more contagious and resistant to human immunity than others.