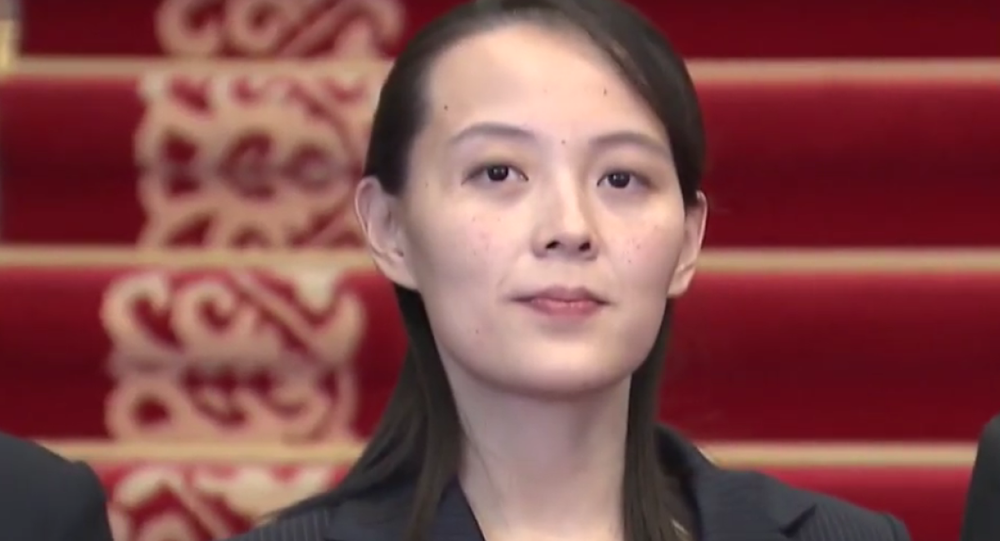 'Wrong Expectations': Kim Jong-un's Sister Rejects Prospects for Resumption of Talks With US

Relations between Pyongyang and Washington, a close ally of South Korea, have been tense for decades. Joe Biden's predecessor Donald Trump managed to hold three meetings with Kim Jong-un in what has been seen as a major breakthrough in bilateral ties. However, the talks broke down in 2019 after the US refused to lift economic sanctions on the DPRK.

Kim Yo-jong, the sister of North Korea's leader, has dismissed the prospects for resuming talks with the United States, the Korean Central News Agency (KCNA) has reported. Ms Kim, whose influence in the government has grown in recent years, said the US has what she called the "wrong" expectations for a dialogue with Pyongyang and was facing "greater disappointment".

"A Korean proverb says that in a dream, what counts most is to read it, not to have it. It seems that the US may interpret the situation in such a way as to seek a comfort for itself", she said as per the KCNA.

Her statement comes several days after US National Security Adviser Jake Sullivan said the White House is ready to negotiate with Pyongyang on the latter's nuclear programme, but is waiting for a "clearer signal". Sullivan described recent statements made by Kim Jong-un regarding ties with the US as "interesting".

In May, the DPRK's leader told officials at a major meeting of the ruling party that they should be prepared both for dialogue and confrontation with the United States. In his speech, Kim Jong-un refrained from bellicose rhetoric against the United States, which has been Pyongyang's usual modus operandi in relations with Washington.

The tone was widely regarded in the US as a sign of the DPRK's willingness to negotiate with the Biden administration, but the latest statements made by Kim Jong-un's sister apparently paint a different picture.

The United States too has given mixed signals about the way it wants to engage with North Korea. During the presidential campaign Joe Biden called Kim Jong-un a "thug" and insisted that the lifting of crippling economic sanctions on the DRPK will only occur after the North Korean leadership agrees to denuclearise.

North Korea, in turn, called Biden a "rabid dog" that "must be beaten to death with a stick".

After assuming office, the Democrat toned down the rhetoric, with the White House saying it will take a "calibrated" approach and will no longer rely on bargaining or patience.