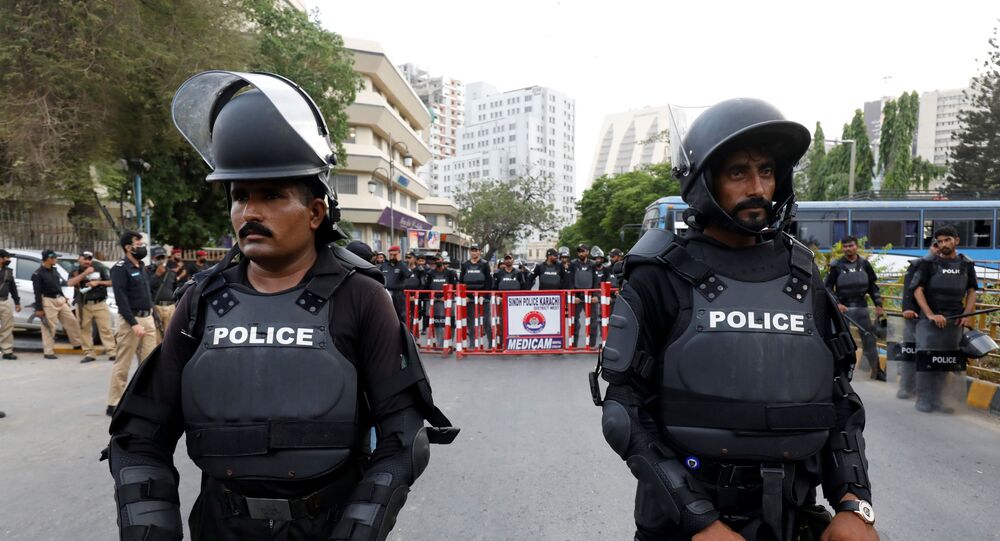 Pakistan’s biggest province Balochistan has huge reserves of natural gas and the world’s largest stock of copper and gold. Despite its rich mineral wealth, the area's population ranks among the nation’s poorest, also ranking low in literacy and other socio-economic measurements.

Several were injured as opposition politicians and their supporters clashed with police on Friday at the state parliament building in Quetta, the capital of Pakistan’s Balochistan province.

​The opposition politicians have been protesting for days against the state budget, arguing that it doesn’t provide funding for development projects in the constituencies they control.

Crucial highway routes and roads leading to major cities have been blocked by opposition supporters over the past four days, reports say.

On Friday, politicians from the Jamiat Ulema-e-Islam, Balochistan National Party-Mengal and Pashtunkhwa Milli Awami opposition parties blockaded the parliament gates to keep the government representatives from entering the building.

The situation turned violent after the province's chief, Jam Kamal Khan, who, in national politics is a coalition ally of Prime Minister Imran Khan, reached the parliament building to table the budget.

After dispersing the protesters with the use of tear gas, the local Quetta police escorted Kamal Khan and other government lawmakers into the assembly.

Jam Kamal Khan heads the Balochistan Awami Party (BAP), which is the largest in Balochistan's assembly, with 23 representatives in the 65-member house.

​A government spokesman, Liaquat Shahwani, tried to mollify those in the opposition, saying that no constituency has been “ignored” in the budget.

However, opposition-backed protesters, many of them hardline Islamists, continued to protest outside the parliament.

​According to Pakistan broadcaster Geo TV, the Quetta city police have been having talks with Malik Sikandar Khan, the opposition leader in the state parliament, to persuade protesters to vacate the parliament premises.