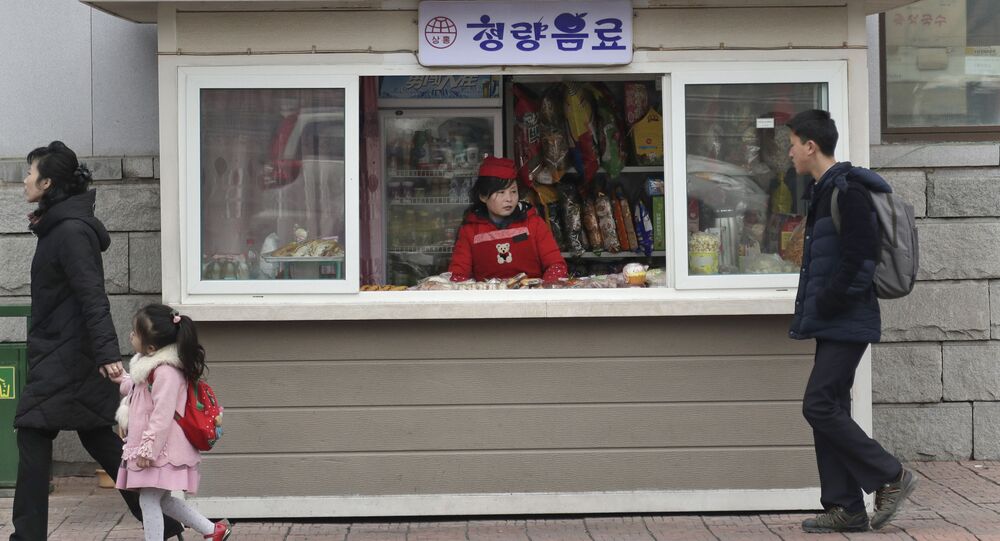 North Korea has been a food insecure nation for much of the past 30 years, with the end of Soviet fuel subsidies in 1991 wreaking havoc on its mechanised agriculture. This, compounded with a period of droughts and floods, caused major food shortages in the 1990s, which turned into famines that killed between 240,000 and 600,000 people.

North Korean leader Kim Jong-un has expressed concern about the food security situation in his country at a meeting of the ruling Workers’ Party’s Central Committee plenum on Tuesday.

“The people’s food situation is now getting tense as the agricultural sector failed to fulfill its grain production plan due to the damage caused by typhoons last year,” Kim said, his remarks quoted by the Korean Central News Agency (KCNA) in an article published on Wednesday.

He added that the difficulties caused by the nation’s emergency response to the coronavirus pandemic necessitated a “prolonged struggle for keeping afloat the overall economy and for providing food, clothing, and housing for the people” and enable the country to “cope” economically “with the unfavourable condition of the emergency anti-epidemic work.”

Kim also reported that while the “subjective and objective conditions and environment” had worsened since the start of 2021, “the country’s economy has shown improvement as a whole,” with industrial output enjoying a 25 percent bump compared to the same period last year, and “huge growth” reported “in terms of the actual amount of goods.”

© REUTERS / KCNA
Kim Jong Un Dubs K-Pop a 'Vicious Cancer' Capable of Corrupting North Korean Youths
The Covid crisis has hit North Korea particularly hard, with its estimated $2.8 billion in trade with China in 2019 plummeting to about $540 million in 2020 after Pyongyang introduced some of the toughest anti-pandemic measures in the world. South Korean observers said they saw an improvement in trade in March 2021, although not to pre-pandemic levels.

Tuesday’s plenum focused on the economy, including the implementation of the main state development programmes, agriculture, and the coronavirus. Participants were also tasked with “analysing the current international situation,” although KCNA made no mention of any foreign policy directives or decisions in its report.

Despite the food supply issues, North Korea watchers say the current situation is not at risk of causing a repeat of the famines the country suffered in the 1990s, when between 240,000 and 600,000 people perished as a result of extreme food shortages.

Kim’s frank remarks at Tuesday’s plenum aren’t the first time that the 37-year-old President of North Korea’s State Affairs Commission has publicly commented on the problems facing his country. This spring, Kim said that Pyongyang was facing “unprecedented numerous challenges” to its development strategy in light of last year’s flooding, the pandemic, and crushing US sanctions. Late last year, at a parade celebrating the 75th anniversary of the Workers Party’s foundation, Kim teared up and his voice trembled as he apologised to the people for shortcomings in meeting their needs and expectations in difficult times.

© AFP 2021 / KCNA VIA KNS / AFP
Watch Kim Jong-un Wipe Away Tears During Apology to North Koreans For Failing to Meet Their Needs
Since coming to power in 2011, Kim has carried out reforms of the country’s planning system in a bid to improve the economic situation, with more focus paid to light industry (consumer goods) and agriculture. At the same time, his government has continued his late father’s policy in the pursuit of nuclear and long-range missile technology, with the country revealing in 2017 that it had created a mobile intercontinental ballistic missile capable of reaching any point in the continental United States – Pyongyang’s main perceived adversary.

North Korea’s new military capabilities, combined with diplomatic overtures, have led to a dramatic improvement in relations with both Seoul and Washington, although ties have been complicated after US President Donald left office in January. Trump met with Kim several times, and in 2019 became the first US president to set foot in North Korea – the two established a personal rapport despite failing to reach an agreement on North Korea’s nuclear programme. The Biden administration has yet to achieve a similar warming of ties with North Korea’s leadership, with the US politician calling Kim a “thug” and comparing him to Adolf Hitler, and Pyongyang calling Biden a “rabid dog” that needs to be “beaten to death with a stick.” However, the relationship between Trump and Kim got off to a similarly rocky start in 2017, with Trump calling his North Korean counterpart “Little Rocket Man,” and North Korean officials calling Trump a “dotard” and a “heedless and erratic old man.”