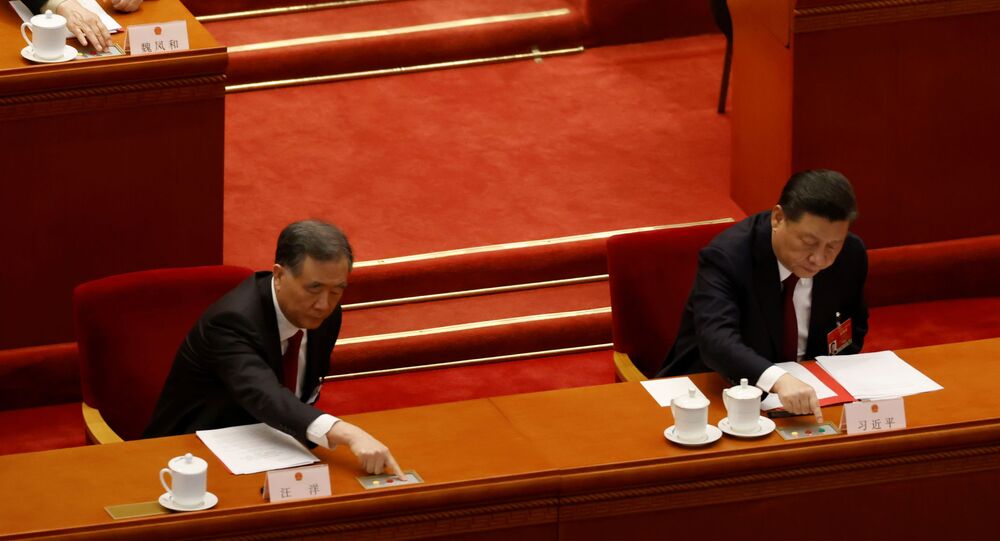 On 8 June, the US Senate approved a package of legislation intended to boost the country's ability to compete with Chinese technology, authorising nearly $190 billion for provisions to strengthen US technology and research.

China's National People’s Congress expressed indignation and resolute opposition on 9 June to a US bill aimed at boosting the country's ability to compete with Chinese technology, Xinhua reports.

The legislature's foreign affairs committee issued a statement, saying that the bill underscores a Cold War mentality and interferes in China’s internal affairs. The members of committee also criticised the legislation for smearing China's domestic and foreign policies. The statement pointed out that the bill attempts to exaggerate the so-called "China threat" to US global hegemony, and interfere in China's internal affairs under the pretext of human rights and religion.

More than the required 60 Senators have voted in favor of the United States Innovation and Competition Act of 2021 (USICA), aimed at supporting US chipmakers and science research. It is one of the few bills being negotiated in so-called bipartisan spirit, with both Democrats and Republicans supporting it.

© Flickr / Tim Simpson
US Senate Approves More Than $200Bln for Tech Competition With China
The bill was approved against the backdrop of a growing US-China tussle for global technology dominance and a crippling shortage of semiconductors that has clobbered American automakers, home appliance manufacturers and phone producers.  Also known as the Endless Frontier Act, it will commit nearly $250 billion to promoting emerging technologies in the United States that China's government is working to promote as well, including artificial intelligence, quantum computing, computer chips, the lithium batteries used in smart devices and electric vehicles, and robotics.

Commenting on the bill’s approval, US President Joe Biden said the legislation can make generational investments in research and development and advanced manufacturing to help the US grow critical industries and win the jobs of the future.

"We are in a competition to win the 21st century, and the starting gun has gone off. As other countries continue to invest in their own research and development, we cannot risk falling behind. America must maintain its position as the most innovative and productive nation on Earth. I look forward to working with the House of Representatives on this important bipartisan legislation, and I look forward to signing it into law as soon as possible," Biden said in a statement published on 8 June on the White House website.

The bill will head to the House of Representatives, which earlier passed a different version. The two will have to be reconciled into a single bill before it is sent to the White House for the president's signature.