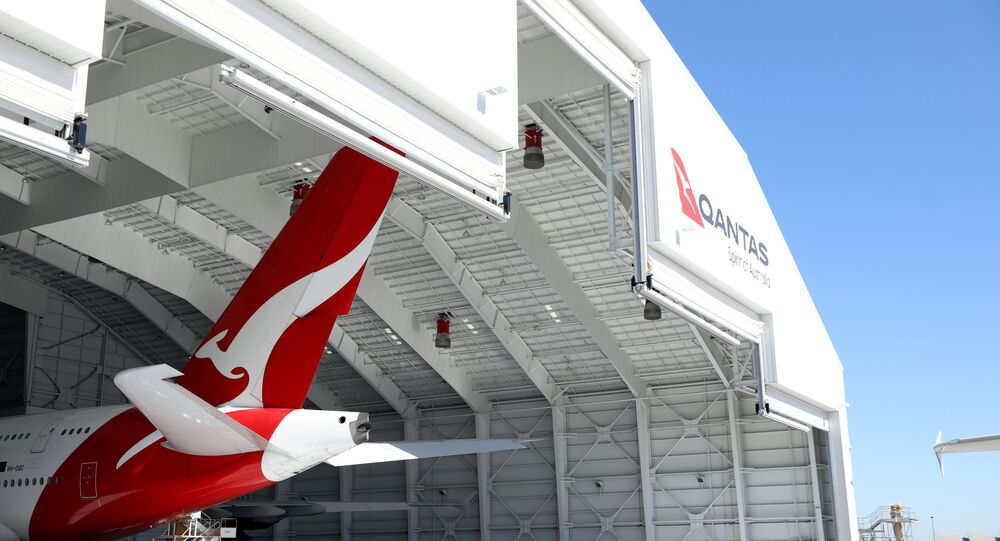 Qantas was founded in 1920 as the Queensland and Northern Territory Aerial Services and is the oldest airline still in existence in its original form. The Australian government holds a majority share in the airline, which has a 65 percent share in the Australian market.

Violent organised crime gangs including the Comancheros have allegedly infiltrated Australia’s national airline, Qantas, according to a leaked report.

Qantas Group’s chief security officer Luke Bramah said he was "disturbed" by the claims, which have been reported in the Sydney Morning Herald, The Age newspaper in Melbourne and on the TV current affairs programme 60 Minutes.

In a joint investigation the newspapers said a classified intelligence operation called Project Brunello found up to 150 Qantas workers had family or other ties with criminals or gangs.

The leaked report said this was "serious and represents a very high threat to the Australian border."

The Sydney Morning Herald said Project Brunello discovered a man with links to the Comanchero motorcycle gang was working in a managerial position at Sydney International Airport and was in a position to enable the smuggling of drugs.

The Qantas manager - who has not been named - also reportedly has linked with international drug baron Hakan Ayik, the Australian-born son of Turkish immigrants who is now believed to be in hiding in Istanbul.

Ayik has been accused of working with Chinese Triad gangs.

​The Comancheros are one of Australia’s biggest and most violent motorcycle or “bikie” gangs and have frequently clashed with the rival Hells Angels and Bandidos.

Last year two men were acquitted of murdering the Comancheros’ leader, Mahmoud “Mick” Hawi, 37, who was shot dead in a gym in a Sydney suburb in 2018.

Ms Keneally said: "The last comprehensive review of airport security was some 15 years ago. While the Wheeler review did result in lasting change, the combination of these revelations and the challenges of COVID-19 mean that it’s now time for a new independent review."

But the government of Prime Minister Scott Morrison has accused Labor of blocking a new aviation security bill which has been held up in Parliament.

The Transport Security Amendment (Serious Crime) Bill would allow classified criminal intelligence to be used to block people from working in aviation or maritime security, something which Labor said is open to abuse.