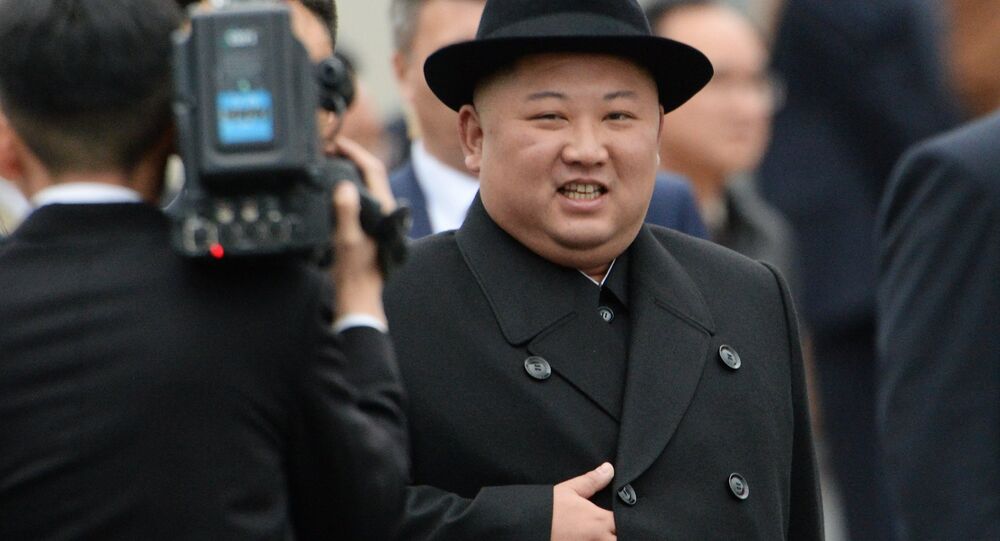 The North Korean leader became the subject of intense speculation after he disappeared for weeks and missed the country’s biggest and most important holiday last year, prompting Western media reports to speculate that he was gravely ill or had been deposed in a coup.

North Korea’s Supreme Leader Kim Jong-un has been seen in public for the first time since disappearing for almost a month, the Korean Central News Agency (KCNA) reported. According to the outlet, he attended the first meeting of the political bureau of the governing party.

KCNA writes that Kim Jong-un analysed "the execution of major policy tasks in different fields for the first half of the year". The leader stressed the importance of a state campaign to improve the economy and people’s living.

According to South Korea's Yonhap news agency, prior to the meeting, Kim Jong-un was last seen in public on 6 May, when he posed for a photograph with North Korean servicemen and their families. The outlet writes that this period of absence was the longest in 2021.

COVID-19 Precautions and Takeover of Power

Experts say that Kim Jong-un’s disappearance may have had to do with coronavirus restrictions. It is unclear what the situation with COVID-19 is in the secretive state, which as of now hasn’t reported a single case. In April, Pyongyang announced that it would skip the Summer Olympics in Tokyo due to concerns about the pandemic.

Kim Jong-un’s prolonged periods of disappearance have prompted speculation about his health and political infighting. Last year, Western and South Korean media speculated that he was gravely ill, close to a vegetative state, or had even died. Other reports claimed that he had been deposed in a coup by his sister Kim Yo-jong, who in recent years has assumed senior positions in the government.