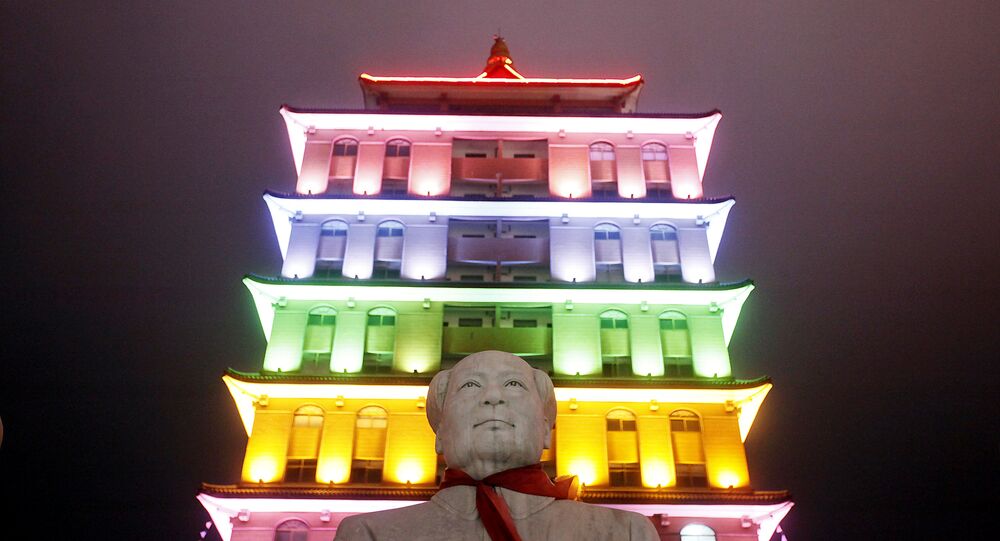 BEIJING (Sputnik) - Beijing will take all necessary measures to protect the interests of Chinese companies targeted by the recent US sanctions, Chinese Foreign Ministry Spokesman Wang Wenbin said on Friday.

"The Chinese side calls on the US to respect market rules and principles, create fair and non-discriminative conditions for Chinese companies. The Chinese side will take necessary measures and will decisively protect legitimate interests of Chinese firms", Wang said at a daily briefing.

The diplomat went on to accuse the US authority of abusing power and exerting pressure over Chinese companies "not disdaining any tricks."

"The Chinese side strongly opposes this. The US' actions violate the rules and order of the market, damage the legitimate interests of not only Chinese companies but the interests of investors around the world, including in the US", the spokesman added.

With Biden taking office in January and undoing an array of the executive orders of his predecessor, Donald Trump, Beijing expected a positive change in Washington's policy towards the Asian country. The countries' relations, however, did not see much difference.

© AP Photo / Andy Wong
In this Nov. 9, 2017, file photo, an American flag is flown next to the Chinese national emblem during a welcome ceremony for visiting U.S. President Donald Trump outside the Great Hall of the People in Beijing.

The new set of sanctions against the Chinese military and surveillance firms came hours after Chinese Vice Premier Liu He hailed on Thursday the resumption of "normal discussions" with the United States following two video calls with US Trade Representative Katherine Tai and Treasury Secretary Janet Yellen within a week.

The US administration slapped 59 Chinese military and surveillance firms with new restrictions, banning them from acquiring US investors or investments. President Joe Biden signed the relevant decree, expanding an original list of 44 Chinese companies targeted in a November executive order. The decree will become effective 2 August.