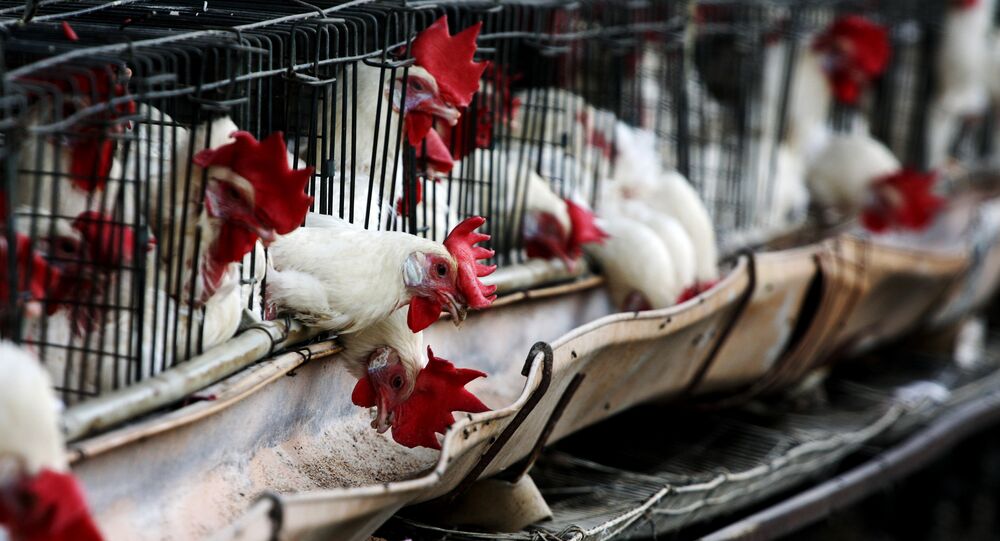 BEIJING (Sputnik) - The first human case of the H10N3 strain of bird flu has been registered in China's eastern province of Jiangsu, the National Health Commission said on Tuesday.

The infection was confirmed in a 41-year-old man living in the province, who developed symptoms on April 23 and was hospitalized after his condition worsened on 28 April, the health authority said in a statement. He was diagnosed as having the H10N3 strain on 28 May.

As of now, the man is stable and ready to be discharged from the hospital, with no other infection cases detected among the patient's close contacts.

The commission added that a complete analysis of the genome of the virus showed that it is of avian origin and is unable to "effectively" infect humans.

There have been no previously reported cases of human-to-human transmission of the H10N3 infection in the world, with the virus considered to be low pathogenic among birds. Experts believe the case marks "accidental transmission of the virus from bird to human," adding that the risk of large-scale spread is extremely low.