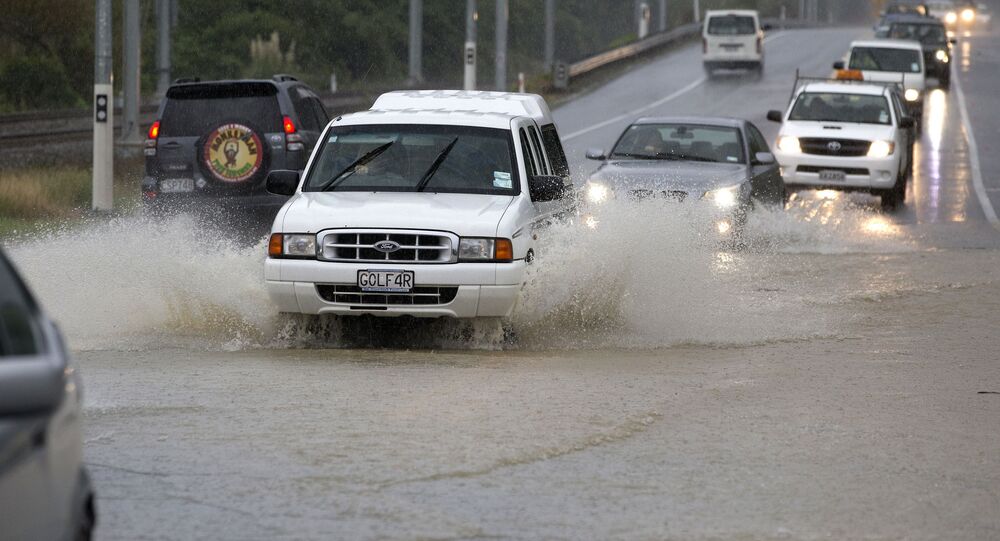 MOSCOW (Sputnik) - A state of local emergency has been declared for Canterbury region in New Zealand after a night of heavy rain resulted in severe flooding and power cuts, the local government announced on Sunday.

"The Canterbury Civil Defence Emergency Management Group has declared a state of local emergency in Canterbury, extending emergency powers across the entire region, as heavy rain continues to cause flooding," the statement reads.

According to the Stuff news portal, over 4,000 homes are currently at risk of flooding in the city of Ashburton, the authorities began evacuations of the most affected areas. The police urge people to stay home and self-evacuate if they have concerns about flooding, the website said.

The Ashburton river bank to bank and rising !!! pic.twitter.com/8gKExp5kGC

Several roads have been closed across the region, some 300 households have experienced power cuts, Stuff stated. The downpours are likely to continue until Monday in what weather forecasters call a "one-in-a-hundred-year event."

No casualties have been reported yet.