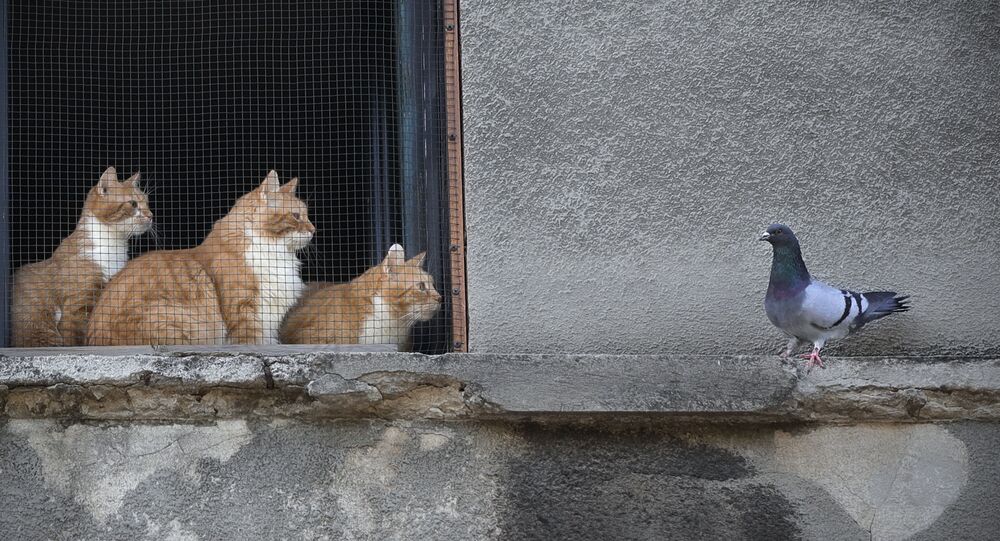 Pyongyang has declared North Korea coronavirus-free, with zero confirmed cases since the outbreak of the global pandemic, while the authorities have imposed severe restrictions to stop the disease from entering the country.

North Korean authorities have ordered the elimination of cats and pigeons in border areas due to pandemic fears, the website Daily NK has reported. According to its sources, various measures were introduced by the authorities over the past few months, including orders to "eradicate street cats", and shoot any cats or birds that try to cross the border with China.

The report suggested that a family from Hyesan's Songhu District was recently placed in a quarantine facility for secretly raising a feline in their house.

"The family was given a punishment of 20 days in isolation for illegally raising the cat following an order not to do so in the [Sino-North Korean] border region", a source said.

Per the report, the family initially told the authorities that their cat had died when officials came to check whether they were keeping pets. However, the animal was later spotted near the Chinese border, and the family was subsequently isolated, while the authorities have taken away the cat.