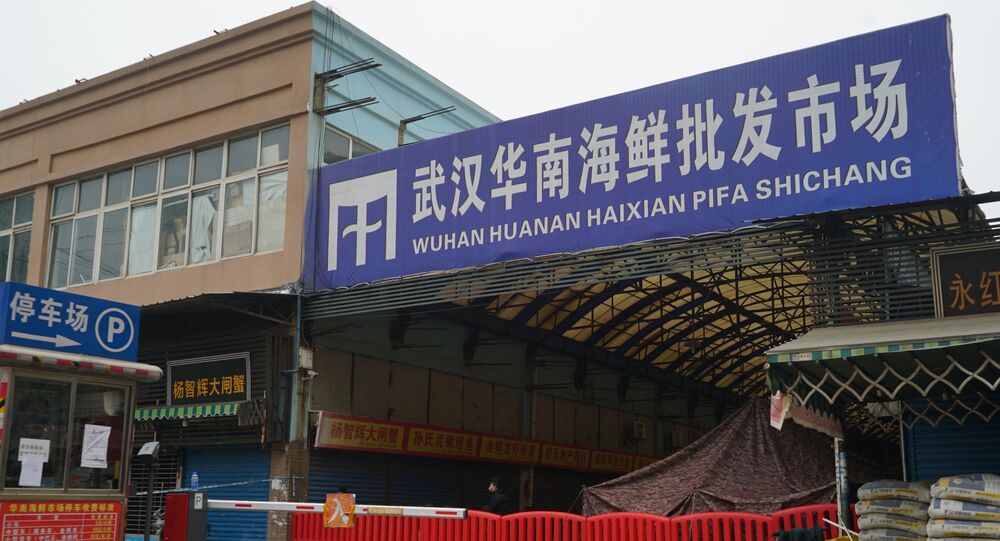 While a World Health Organisation mission to Wuhan in March noted that the laboratory origin claim was "extremely unlikely", Washington believes there is "still-unexamined evidence", with multiple American politicians urging to continue the probe.

Beijing slammed US President Joe Biden on Friday, after he pledged to unveil a report on the origins of the global coronavirus pandemic.

"The origin of the virus is a difficult scientific question. And the United States is currently trying to let the intelligence services draw scientific conclusions. This only suggests that the US is not interested to find out the truth, it does not want any scientific research, this is just a political game, an attempt to throw the blame on others and throw off their responsibility", Chinese Foreign Ministry spokesperson Zhao Lijian said.

© REUTERS / THOMAS PETER
Security personnel keep watch outside Wuhan Institute of Virology during the visit by the World Health Organization (WHO) team tasked with investigating the origins of the coronavirus disease (COVID-19), in Wuhan, Hubei province, China February 3, 2021

Washington previously announced it would soon release a US report on the origins of the pandemic in full, as Biden gave American intelligence agencies 90 days to obtain more information on the issue.

The White House statement that prompted Beijing's discontent came after a WSJ report suggested, citing intelligence data, that three laboratory employees in Wuhan became sick in November 2019 with symptoms similar to those caused by the virus. According to the newspaper, this may be a sign that the coronavirus originated in a laboratory.

However, the Office of the Director of National Intelligence previously stressed that the intel community does not know exactly where, when, or how the COVID-19 virus was transmitted initially.