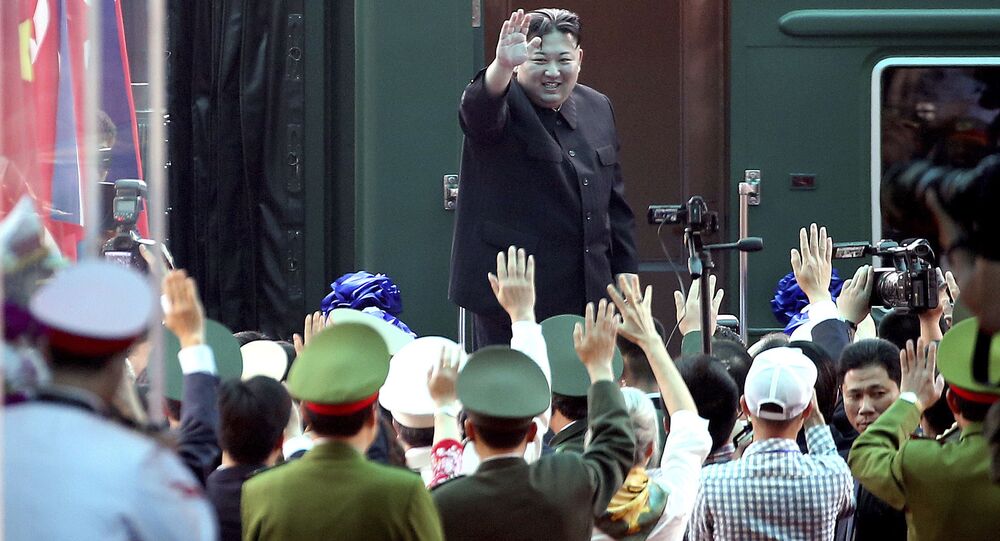 North Korean leaders Kim Il-sung, Kim Jong-il and Kim Jong-un have been known to opt for high-security private trains as a preferred mode of transportation, both domestically and for international travel. Kim Jong-un has embarked on journeys across Asia aboard the fortified train, which last year was reportedly spotted in the port city of Wonsan.

A Google Maps user is reported to have spotted an airfield and likely stopping point for the mysterious armoured train used by North Korea’s leader Kim Jon-un, reported the Daily Star.

The user claimed to have discovered a potential refuelling point for the train, each carriage of which is said to be bulletproof, in the northern province of Hyangsan.

In the pictures posted by the outlet, a runway is seemingly visible next to what could be a railway track, just south of the Hyangsan Hotel, in the Mount Myohyang Historic Park.

Last year, a satellite image showed the huge train parked at a station near the Wonsan resort area in the east of the country on 21 and 23 April, according to the Washington-based think tank 38 North.

The images fed into speculations generated by conflicting reports about the state of the North Korean leader’s health and whereabouts during the COVID-19 pandemic.

Reports had claimed that Kim Jon-un had been recovering from surgery at a compound in Hyangsan before travelling to Wonsan on the train, which is rumoured to be stocked with everything ranging from imported French wine and Apple computers to plush leather seats.

Western reports claim that the North Korean leader has a seaside compound in Wonsan, that comprises guest villas, a private beach, a basketball court, a horse riding track, a $7 million luxury yacht, and a private train station.

The North Korean leader has made a series of state trips aboard the khaki green, bulletproof train with a distinctive yellow line running across it that comprises 21 carriages that seems to be his preferred mode of transport.

He took the train, which reportedly travels at an average speed of just 37mph (59km/h), to Vladivostok, Russia, to meet with President Vladimir Putin in April 2019 and used it for a 70-hour journey to meet the-US President Donald Trump in Hanoi, Vietnam, in February that same year.

Kim Jong Un's Sister: US Should Avoid 'Causing a Stink' if It Wants to 'Sleep in Peace' - Reports