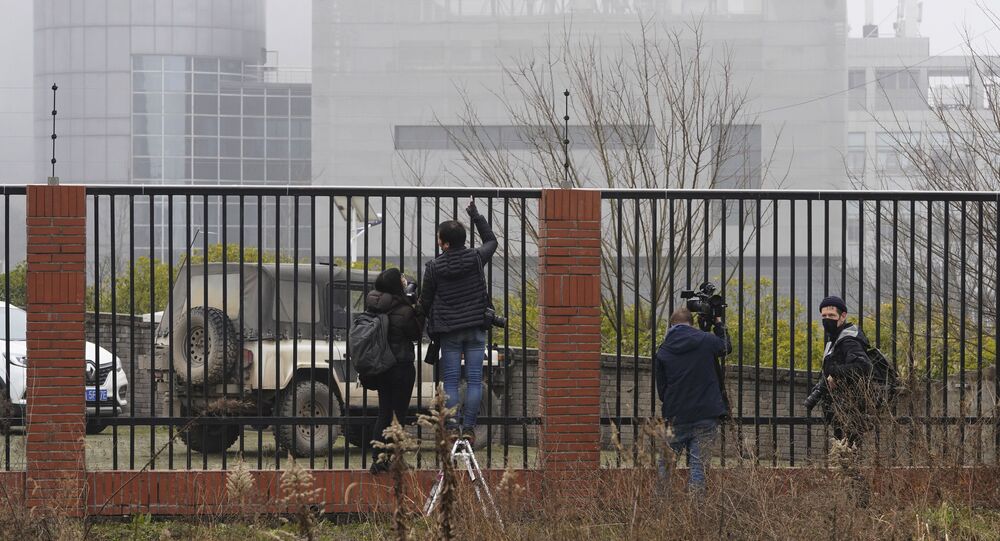 MOSCOW (Sputnik) - The Chinese Foreign Ministry refuted on Monday US media reports suggesting that three employees of the Wuhan Institute of Virology fell gravely ill right before the outbreak of COVID-19.

The Wall Street Journal (WSJ) reported on Sunday, citing intelligence data, that three Wuhan lab employees were so sick, as of November 2019, that they had to seek medical assistance, which, according to the newspaper, should support the hypothesis that the virus could have originated in China.

The first COVID-19 case was reported in December 2019 in Wuhan, located in the eastern Chinese province of Hubei. Former US President Donald Trump blamed the outbreak on China.

In May, Republicans from the US House Intelligence Community said that they found "circumstantial evidence" that the virus could have been leaked from the Wuhan lab. The main reasons that they cited were that symptoms shown by the sick lab employees were similar to those later found in regular COVID-19 patients and that the Wuhan lab was linked to the Chinese military.

© AP Photo / Ng Han Guan
Security personnel gather near the entrance to the Wuhan Institute of Virology during a visit by the World Health Organization team in Wuhan in China's Hubei province on Wednesday, Feb. 3, 2021.

The World Health Organization sent several fact-finding missions to Wuhan and released a full report in March which concluded that the leak from the lab was "extremely unlikely." WHO experts further concluded that the virus was transmitted to humans from animals that may have consumed bats.

The US and 13 other countries issued a joint statement casting doubt on the accuracy of the WHO report and calling for a "transparent and independent" investigation into the origins of COVID-19.