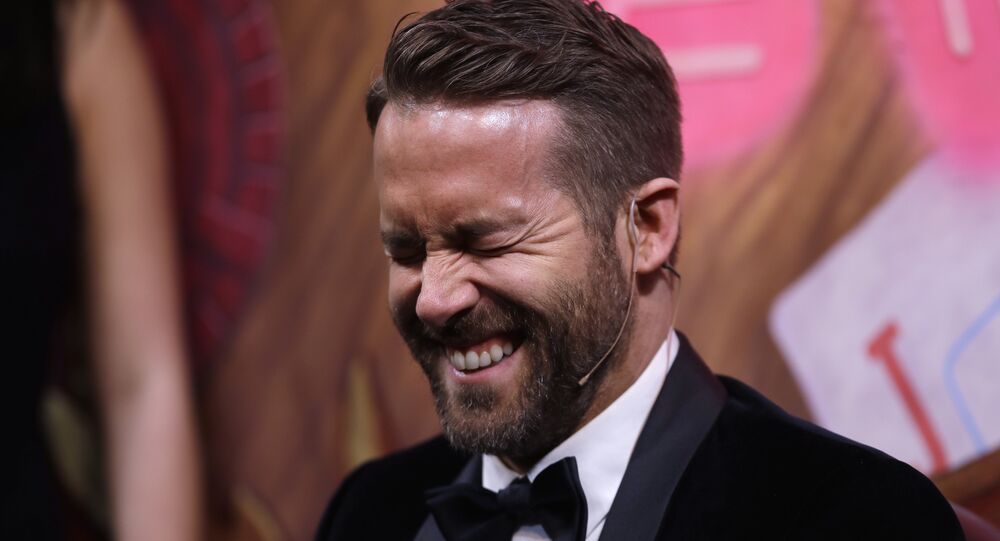 Ryan Reynolds Yet Again Declares Himself a K-Pop Fan

The Canadian actor, renowned for his roles in such Hollywood blockbusters as Deadpool, The Proposal, and The Hitman's Bodyguard, is a outspoken fan of JYP Entertainment's K-Pop sensation, Stray Kids.

The last episode of Kingdom - the idol competition programme shown on Korean pay-TV channel Mnet - on 20 May, was particularly noteworthy not just for the exhilarating performances on view, but also for the response it drew from none other a celebrity than Ryan Reynolds.

Popular K-Pop boy band Stray Kids performed a cover of BlackPink's "Ddu-Du Ddu-Du" as part of their tasks in the competition and reproduced the famous scene from the “Deadpool” film.

Fans were stunned not only by the electrifying effect the remake of the BlackPink song had on everyone who watched, but also by the allusion to the Ryan Reynolds film which fans instantly turned into an internet sensation.

​Soon after that tweet, there was a response from the actor himself, saying “Oh hello Stray_Kids”, transporting fans to the highest pitch of euphoria.

The Deadpool concept used by Stray Kids in their performance and Reynolds' response became a hot topic and the whole issue trended worldwide.

© Photo : vancityreynold/instagram
#6UndergroundxEXO Trends Worldwide as Ryan Reynolds Meets K-Pop Kings EXO
​It is the second time the Canadian actor and producer has shown himself to be a fan of the K-Pop scene. In 2019, during the promotion of his movie 6 Underground, Reynolds - who, as a native of Canada's westernmost province British Columbia, was born quite close to Korea - met K-Pop stars EXO and jokingly claimed to be the “10th member” of the band.

Thrilled to be EXO’s newest member. I might not be able to dance or sing, but one thing’s for damn sure: I have no idea how to give the “thumbs up” sign. Honestly, I never learned it. @weareoneEXO @Bosslogic pic.twitter.com/tqxuvIuSuh