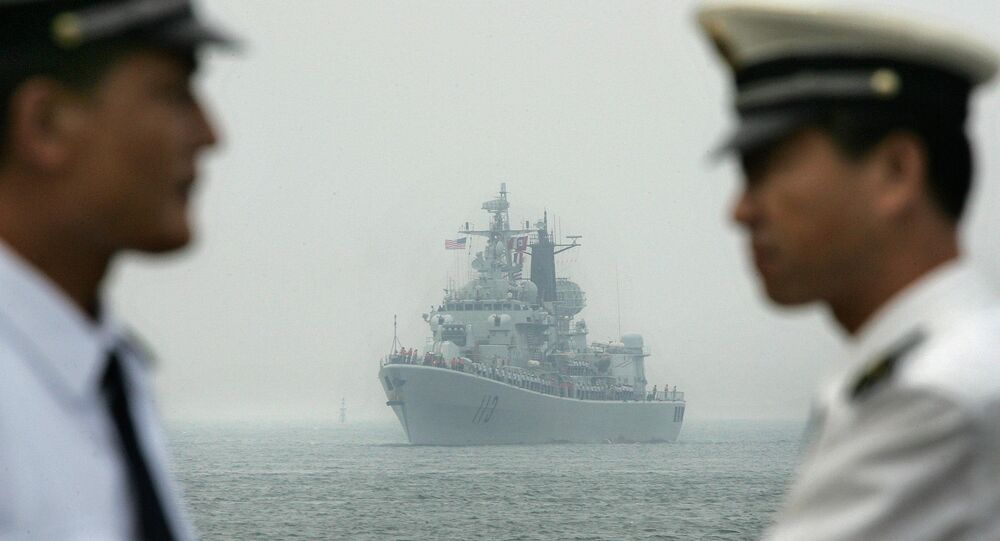 WASHINGTON (Sputnik) – The US Navy’s 7th Fleet on Thursday rejected as false a Chinese report of expelling the American guided-missile destroyer USS Curtis Wilber from the South China Sea.

“The PLA’s [People’s Liberation Army] statement about this mission is false. USS Curtis Wilbur was not ‘expelled’ from any nation’s territory. USS Curtis Wilbur conducted this FONOP [Freedom of Navigation Operations] in accordance with international law and then continued on to conduct normal operations in international waters,” the statement read.

“U.S. behavior violates international law and basic norms of international relations, increases regional security risks, and is prone to misunderstandings, misjudgments, and accidents at sea,” the PLA’s Southern Theater said in a statement, as quoted by the US Naval Institute news service.

The Navy's statement went on to say that US forces continue routinely operate in the South China Sea as they have for more than a century, citing international law to counter Beijing’s claim to own the entire waterway.