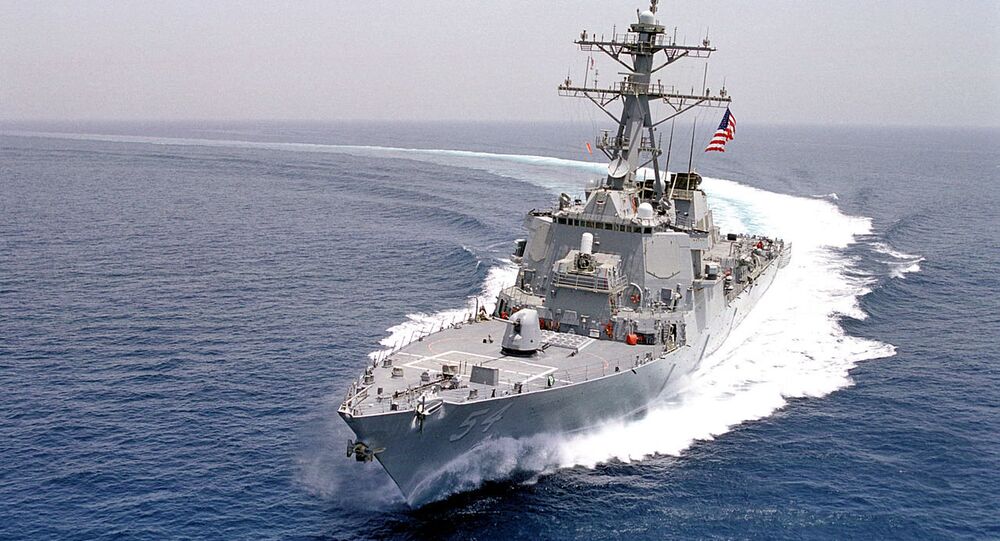 The US regularly dispatches military vessels to the region, which is experiencing territorial disputes between China and neighbouring countries.

The Chinese military's Southern Theatre Command issued a statement on Thursday, saying that the USS Curtis Wilbur entered the country's territorial waters near the Paracel Islands without permission.

Beijing stressed that its ships and planes followed the Arleigh Burke-class guided-missile destroyer, adding that the actions of the American ship violated Chinese sovereignty and undermined regional peace and stability.

© AP Photo / Johnson Lai
An aerial view shows a vessel preparing for a search-and-rescue exercise off Taiping island, in the South China Sea , Tuesday, Nov. 29, 2016, as part of efforts to cement its claim to a key island in the strategically vital waterbody. Eight vessels and three aircraft took part in Tuesday's drill, which simulated a fire aboard a cargo ship that forced crew members to seek safety on Taiping in the Spratly island group.

The incident was reported the day after the warship passed through the Taiwan Strait, which also drew a protest from Beijing, calling it a "provocation".

The territory of the South China Sea is disputed by five nations, but is mostly controlled by China's military. However, the US routinely sends ships to the area, calling it "freedom of navigation operations", and claims that Beijing limits the free passage of vessels through the waters.