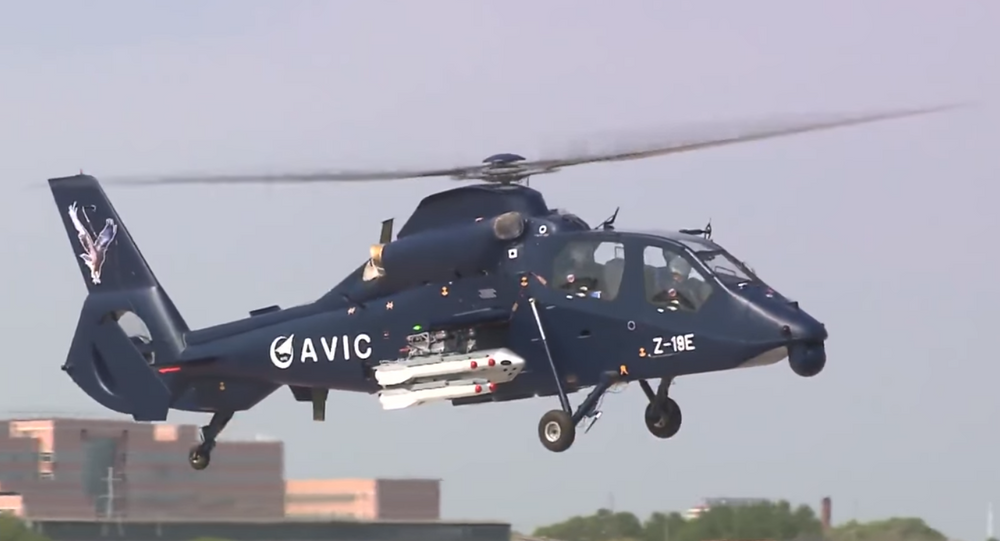 China is preparing a mass celebration for the first of July to mark the 100th anniversary of the foundation of the Chinese Communist Party (CPC), planning a 'grand ceremony' that will include cities and villages throughout the country.

Social media users spotted Chinese military helicopters and fighter jets in the skies in the northern region of the Hebei province, reportedly rehearsing the upcoming CPC anniversary, according to Newsweek.

The video, posted on Weibo, one of the biggest social networks in China, reveals 29 combat helicopters, said to be Z-10 and Z-19 types, flying in the sky in a shape of the commemorative date “100.”

The rehearsal was also posted by users Douyin and Kuaishou on the Chinese analog of TikTok, who have been publishing training flights for the last two months.

A large-scale celebration on the day of the CPC’s establishment will not include a traditional military parade, Chinese officials announced in March, according the Global Times, but the People's Liberation Army will be involved in a number of festive events, including “seminars on building a strong military” and award ceremonies.

In addition, a series of other events are planned, including thematic exhibitions, concerts and theatrical performances throughout the country.