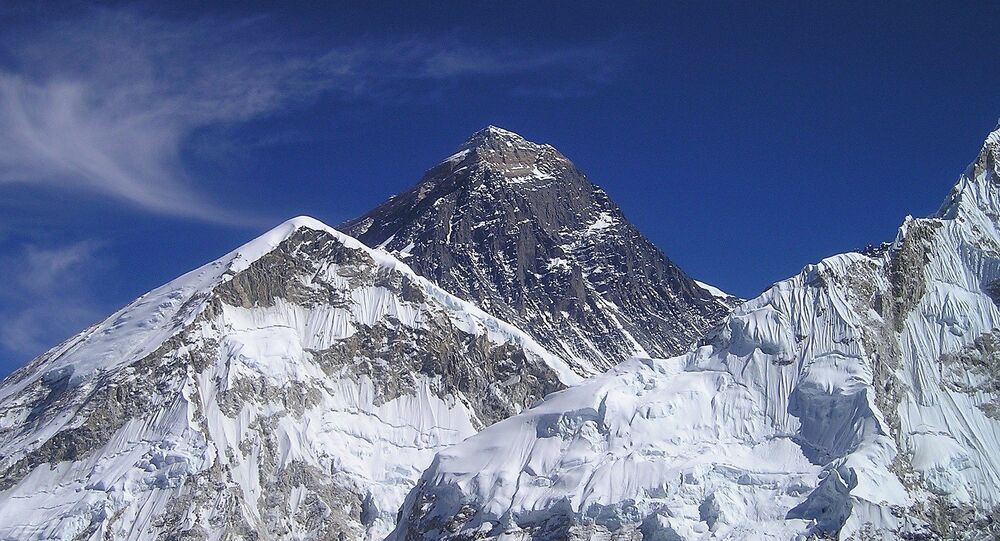 In April, a Norwegian climber became the first to test positive for COVID at an Everest base camp.

China has cancelled its entire 2021 spring climbing season from the Tibetan side of mountain.

The tallest peak in the world will be closed off due to the COVID-19 concerns, the Xinhua news agency reported on Saturday, citing Friday’s note from China's General Administration of Sport.

Last week, Chinese media said that Beijing planned to set up “a line of separation” at the summit of Everest to prevent the mingling of climbers from Nepal – which is keeping its side of the mountain open – and those ascending from the Tibetan side amid growing concerns over a COVID outbreak.

HECTOR RETAMAL
China's Red Cross Society to Send $1 Million to India Amid COVID-19 Surge
According to the agency, only 21 Chinese climbers have been issued permits for the season so far this year, while the Himalayan nation of Nepal issued a record 408 permits to climb Everest from April-May.

The second wave of COVID has been particularly harsh for India and its neighbouring South Asian nations. Nepal, which has a 30 million-strong population – similar to that of the Indian capital Delhi – is currently witnessing over 2,000 fresh infections each day.