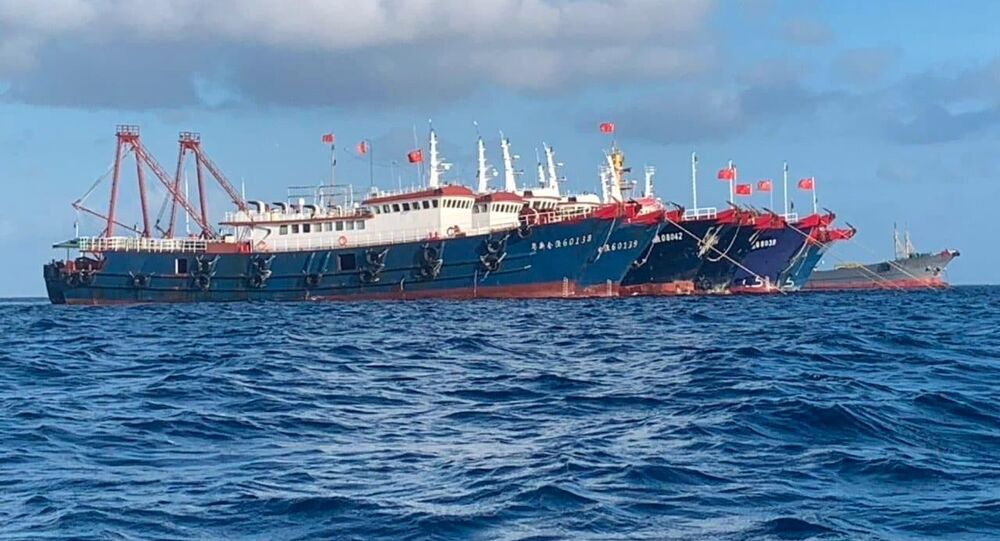 Duterte is protesting the presence of Chinese ships in the South China Sea, while Beijing insists that its actions are in accordance with international law.

Philippine President Rodrigo Duterte said on Friday that he will not withdraw ships from disputed areas of the South China Sea as he refuses to bow to pressure from Beijing.

“We have a stand here and I want to state it here and now again that our ships there... we will not move an inch backward,” Duterte said in a televised address.

© REUTERS / PHILIPPINE COAST GUARD
'Get the F**k Out': Philippines Hits Out at Beijing Over South China Sea Reef
The Philippine president reiterated that waging war against China was not an option but expressed his willingness to end friendly relations with Beijing.

“I do not want a quarrel, I do not want trouble. I respect your position and you respect mine. But we will not go to war,” Duterte said.

“I really will not withdraw. You can kill me if you want to kill me, but I will remain here. This is where our friendship will end,” he added.

His comments come after the Philippines said it detected the presence of 287 Chinese vessels, some with soldiers onboard. This prompted the Philippines to deploy ships to a body of water it considers to be part of the Exclusive Economic Zone.

Last month China called on the Philippines to “stop actions complicating the situation and escalating disputes” and remove its vessels from the contested waters.

In 2016, the Permanent Court of Arbitration ruled against China’s claims to most of the South China Sea and its islands. Last week, Duterte called the ruling "a piece of paper that could be thrown into the trash bin."