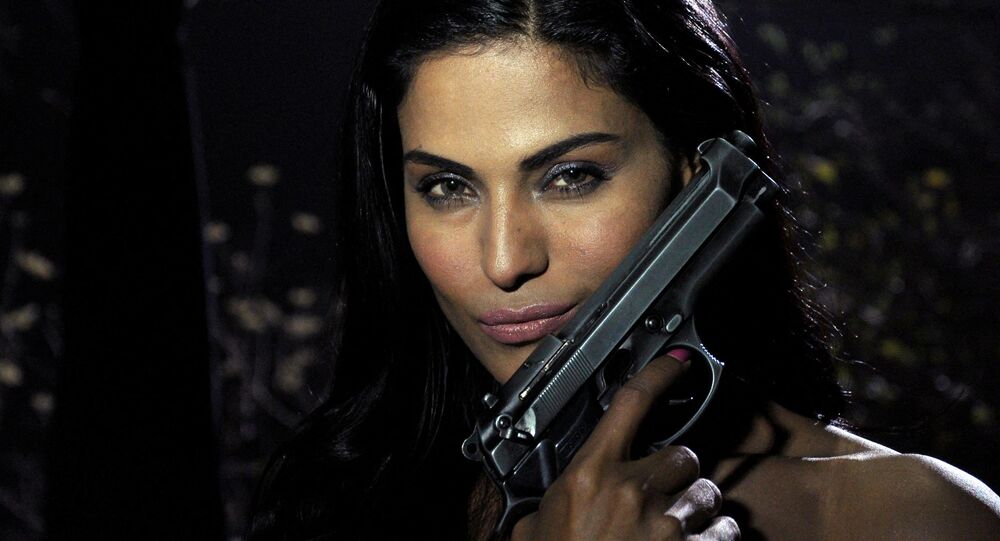 Veena Malik, a Pakistani actress and model is no stranger to controversy. She was earlier embroiled in a nude photoshoot scandal involving the cover of the Indian edition of FHM in which she had "ISI", the initials of Pakistan's spy agency, written on her arm. She sued the magazine, claiming she was "duped": there was a photoshoot, but no nudity.

Pakistani actress and reality show star Veena Malik has landed in hot water after tweeting a series of incendiary remarks about the death and destruction in the ongoing Israel-Gaza conflict that has claimed the lives of men, women, and children on both sides.

On Tuesday, Malik, who has 1.2 million followers on Twitter, posted a quote often attributed to Adolf Hitler:

"I would have killed all the Jews of the world ...but I kept some to show the world why I killed them".

She also tweeted "#IronDome is doomed" with a laughing emoji, referring to Israel's missile defence system that has been intercepting hundreds of rockets fired by Hamas from the Gaza Strip since Monday evening.

In her tweets, Malik also branded Israel a "terrorist" and used the hashtag #FreePalestine.

By Wednesday afternoon, most of the tweets disappeared from her account. They, have, however, led to much outrage on the micro-blogging platform.

If people like veena malik r not terrorists, then I don't know who. Openly calling 4 killing jews https://t.co/OY3NFtAXO9

this is the shit @jack and @TwitterSafety allow. I mean its only against Jews which is just fine. It is always fine

VEENA MALIK@iVeenaKhan
"I would have killed all the Jews of the world...but I kept some to show the world why I killed them"

Wait, this tweet is saying Hitler was *bad*, right?

Please tell me this tweet is saying Hitler was bad pic.twitter.com/lX8JoQb4jv

Many said the tweets amounted to a "hate crime" and demanded that her account be suspended. Though the objectionable tweets were removed by Twitter for violating the social platform's policy, her page is still active - with a repost of a message from Imran Khan, prime minister of Pakistan, voicing his support for the Palestinians in their ongoing conflict with Israel.

Strongly condemn this tweet by veena malik it leads to anti jewish and anti semitism and also nullifies the efforts of alot of jews for the Palestinian Muslims pic.twitter.com/dEftjRqFqI

Veena Malik calls for the murder of the worlds Jews but still keeps her Twitter account.does that mean jack Dorsey agrees with her

The 37-year-old actress has won honours from Pakistani awards shows for her acting performances over the past two decades.

Since the Israeli-Palestinian conflict escalated on Monday, armed Palestinian groups have launched over 1,600 rockets towards Israel from Gaza, with some 400 rockets exploding within the Strip itself. Israel's Iron Dome missile defence system intercepted most of them, according to the Israel Defence Forces. Seven Israelis and 70 Palestinians in Gaza have died from rockets fired by both sides.