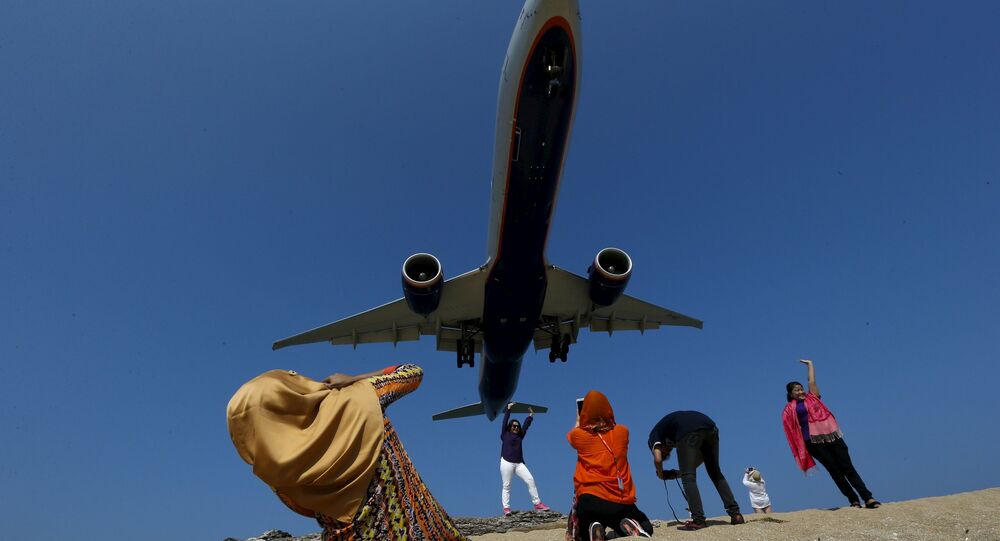 BANGKOK (Sputnik) – Thailand intends to gradually open the country to foreign tourists and introduce a tourist tax from 2022, the Khaosod newspaper reported on Friday, citing authorities.

Earlier in the day, Bangkok hosted a second meeting this year of the state commission for the development of tourism policy, chaired by Tourism Minister Phiphat Ratchakitprakarn on behalf of Thai Deputy Prime Minister Anutin Charnvirakul, a cabinet spokesperson told the outlet.

"The meeting, which was held via videoconference, discussed the issues of vaccination of the population and tourism workers in tourist areas of Thailand and made adjustments to the previously developed plan for the restoration of the tourism industry," the spokesperson said.

The previous strategy included four stages, with the first step lasting from April to June and allowing a shortened quarantine of seven days instead of 14 for vaccinated visitors. At the second phase, starting in July, the government plans to lift quarantine for immunized tourists traveling to the island of Phuket, considered a closed tourist zone separated from the rest of the country.

Under the third stage, from October 1, the entry of vaccinated tourists is to be allowed to several other areas, including the provinces of Krabi, Phang Nga, and Surat Thani in southern Thailand, Chiang Mai in the country’s north, Chonburi in the east, Buriram in the northeast, Bangkok, and the provinces south of the capital, such as Phetchaburi and Prachuap Khiri Khan.

The implementation of the first stage was temporarily suspended due to another coronavirus outbreak which has been circulating in the country since early April. However, after the epidemiological situation improves, the measure involving shortened quarantine will be implemented, the spokesperson said.

"The main factor impacting the success of the plan to open the country to tourists is vaccination. From the very beginning, it was said that the second stage - the opening of Phuket to vaccinated tourists without quarantine from July 1 - will depend on whether by this time the task of vaccinating 70% of the island's population and all those working in tourism and related spheres on the island will be implemented," the spokesperson explained.

They noted that by October 1, the same task should be implemented in all tourist provinces on the list.

During the meeting, the Interior Ministry was instructed to allocate additional doses of coronavirus vaccines and to step up the vaccination campaign in those provinces participating in the first and second stages of the plan. The Health Ministry has been ordered to allocate a sufficient number of doses of vaccines at the disposal of the Tourism Authority of Thailand for the vaccination of tourism workers. The Department of the Permanent Secretary of the Ministry of Sports and Tourism has been instructed to prepare and send to the National Vaccination Commission of Thailand a request for the allocation of the necessary number of vaccines to the related ministries and authorities.

The meeting also discussed the introduction of a tourist tax, designed to provide tourists in Thailand with insurance and help them in emergencies. The initiative was first voiced in 2019 but then postponed. In early 2020, the Tourism Ministry announced a decision to introduce a fee in the amount of 300 Thai baht ($9.64), but the exact date of the measure was not voiced.

"At the meeting on Friday, it was decided that the tourist tax would be put into effect from January 1, 2022, that is, with the beginning of the fourth stage of opening the country to tourists, when it is supposed to allow free entry to Thailand," the spokesperson said.

The tourism ministry expects at least 20 million tourists to visit Thailand next year and the government thus to collect 6.2 billion Thai baht in the fund of tourist insurance and assistance to tourists in emergencies, they added.

Thailand closed its borders to tourists in late March 2020 as part of the strategy to curb the pandemic. Thai embassies abroad began issuing tourist visas from September-October 2020. However, obtaining such a document, as well as a special permit, takes significant time due to the current epidemiological emergency regime. Upon arrival in Thailand, a traveler currently has to have a negative coronavirus test, buy expensive medical insurance and undergo a mandatory 14-day quarantine, which tourists pass at their own expense.